Oddly enough, in the Netherlands she doesn’t have the fame she deserves, for her work as a visual artist, but also as an international key role player, for instance as founder, publisher and editor of The Situationist Times in the 1960s. 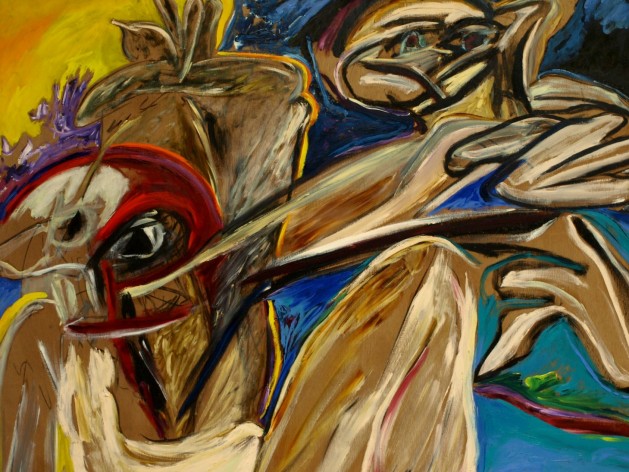 She belongs to a generation that shaped modern and postmodern western Europe and played an important role in it, always in favour of crossing borders in artistic expression. 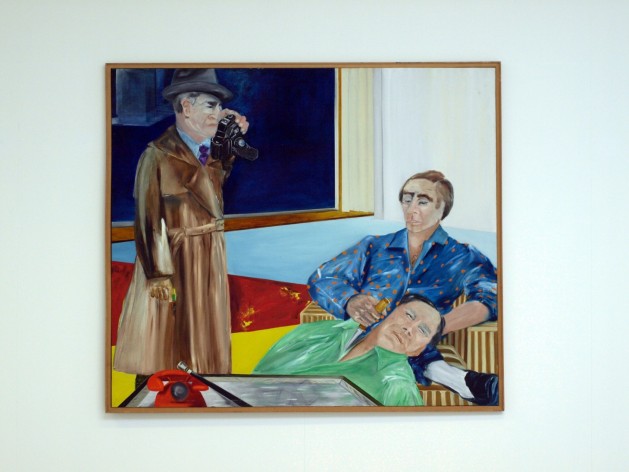 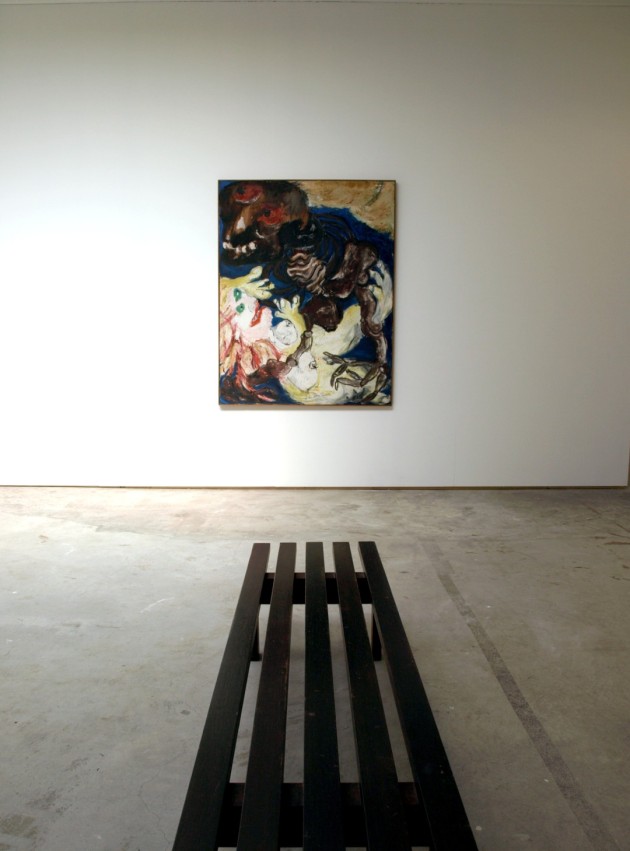 Dürst Britt & Mayhew were happy enough to get in touch with her and finding her more than willing to co-operate in organising a modest but impressive exhibition of her paintings, spanning some five decades. 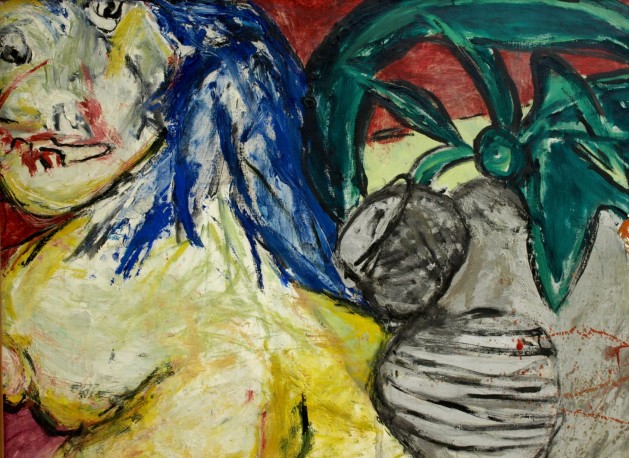 Here are some impressions of her works presently on show, but i strongly advise you to take your time and have a look yourself. 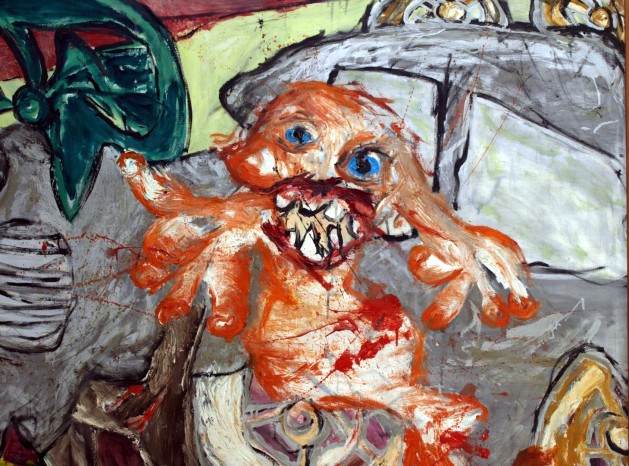 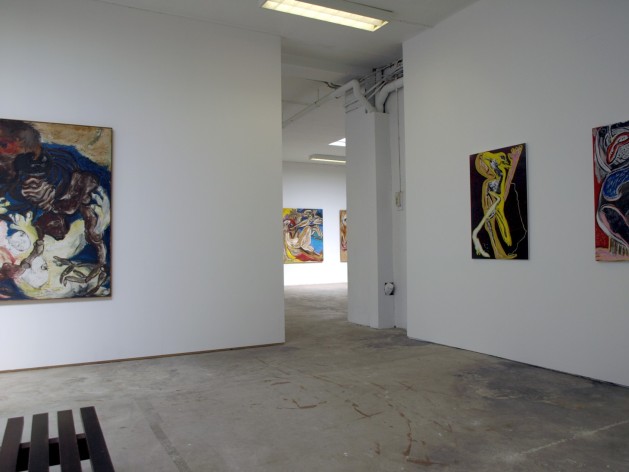 Dürst Britt & Mayhew, as usual, honour the works in the best way they can, giving the viewer time and space to reflect on what he/she sees.

It is thrilling to see even her most recent works full of painterly energy, often both wildly expressive and meticulously detailed and balanced in one painting, and combining humour and violence. 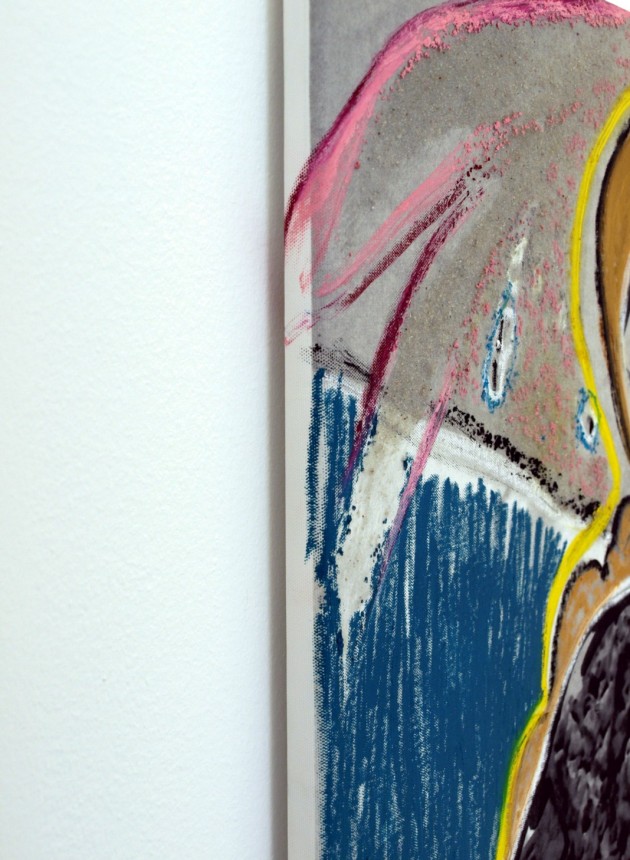