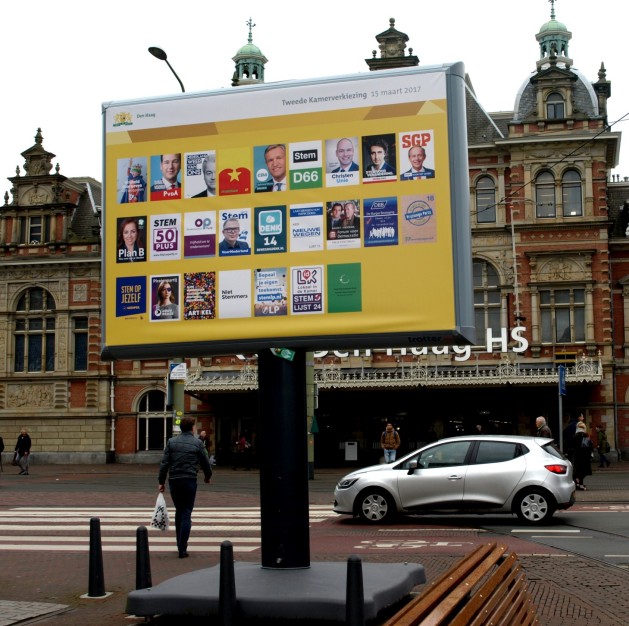 It was built in 1891 as a replacement of the smaller neo-classical station of the 1840s.

One of the two main railway stations in The Hague, HS is connecting The Hague with Leiden, Haarlem and Amsterdam to the north and with Delft, Rotterdam and Antwerp to the south. 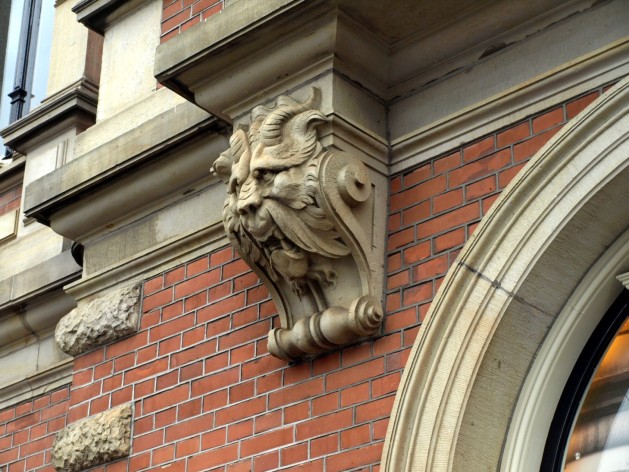 It was designed by architect Dirk Margadant (1849-1915), who designed more station buildings, most of them replaced by modern buildings now (notably except for Haarlem). 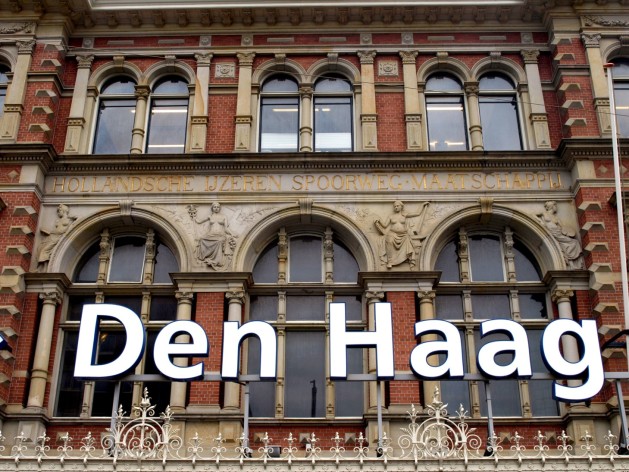 “Hollandish Iron Railway Society”. With from left to right personifications of Science, Commerce, Industry and Art.

It was built in neo-renaissance style with a lot of decorations and emblems, illustrating speed, culture, science and economic progress, produced by Van den Bossche & Crevels in Amsterdam. 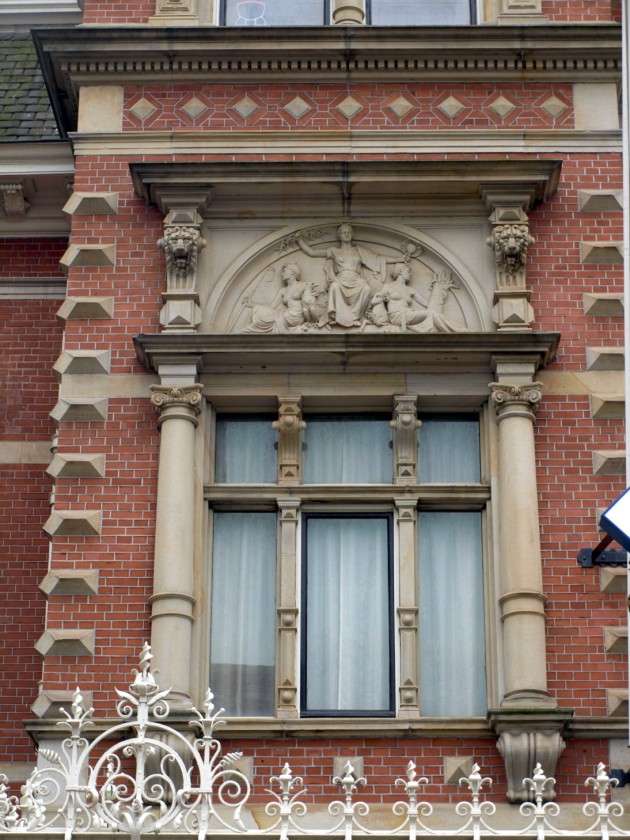 Being the city of the Royal court and the government, it was felt The Hague’s new station had to compete in grandeur with Amsterdam’s Centraal Station. 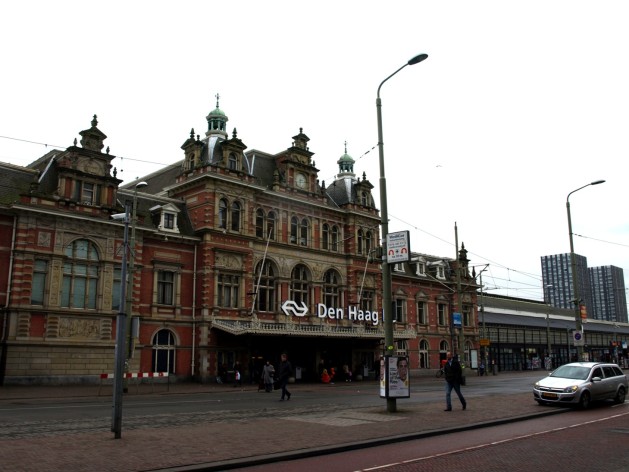 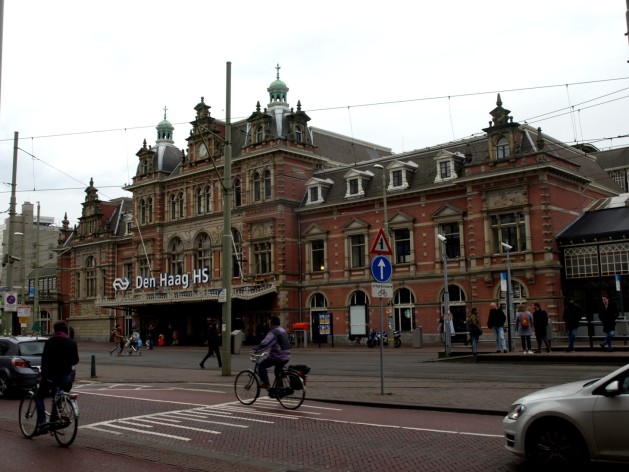 The biggest novelty of the building was the use of raised platforms with waiting rooms, which made the station hall itself less important and which may be nowadays a bit of a problem with the commercialisation of station halls. 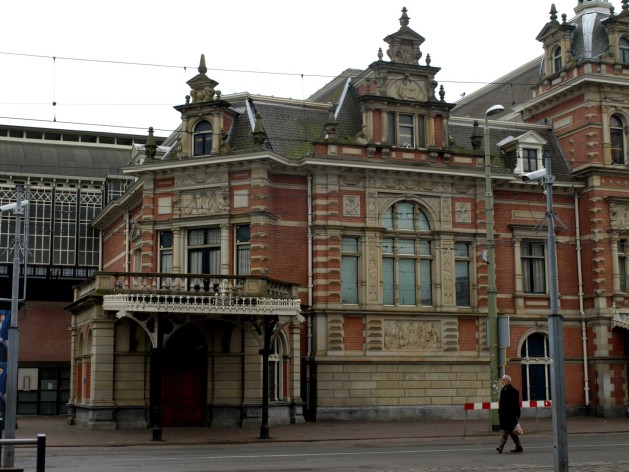 The royal waiting room (the Koninklijk Paviljoen / Royal Pavilion) was however at street level in the north wing of the building and is still kept in old glory with its wooden doors under a marquise. 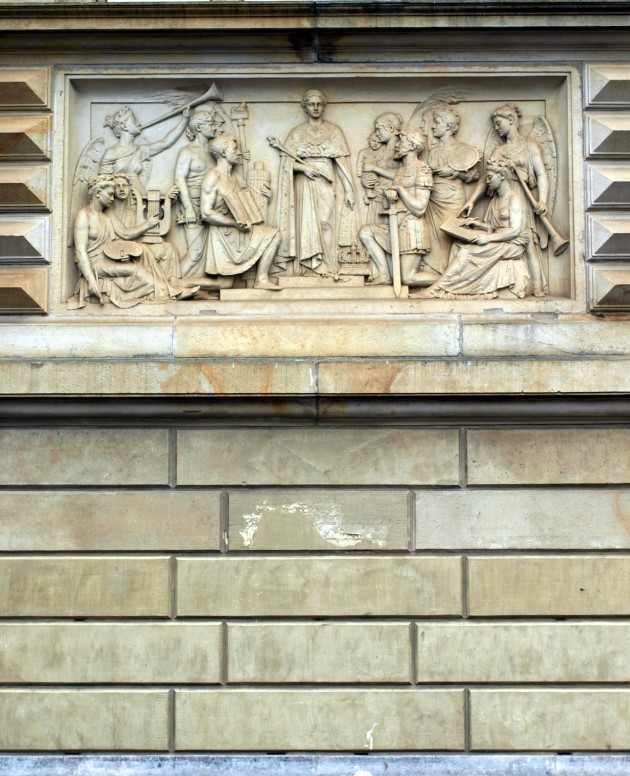 It has a relief showing the young Queen Wilhelmina surrounded by arts, science, progress, prosperity, etc. 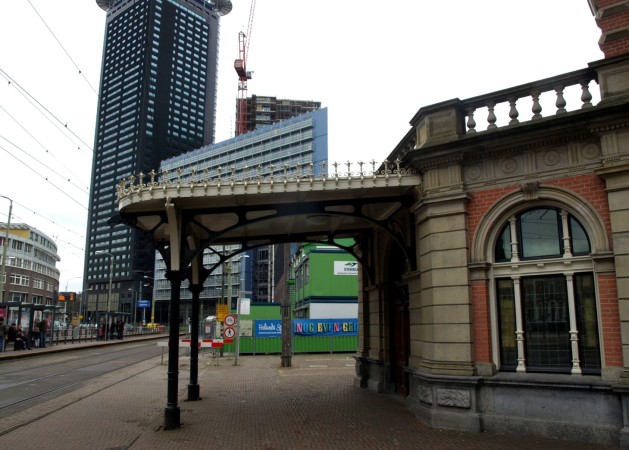 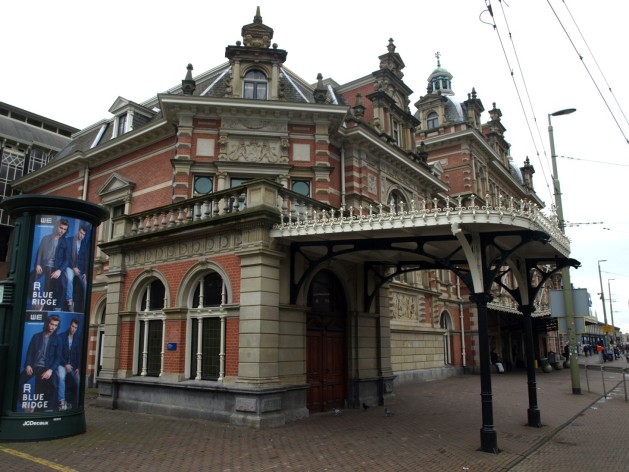 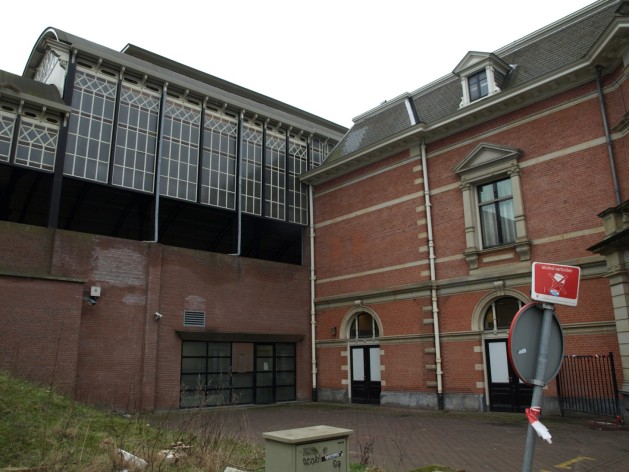 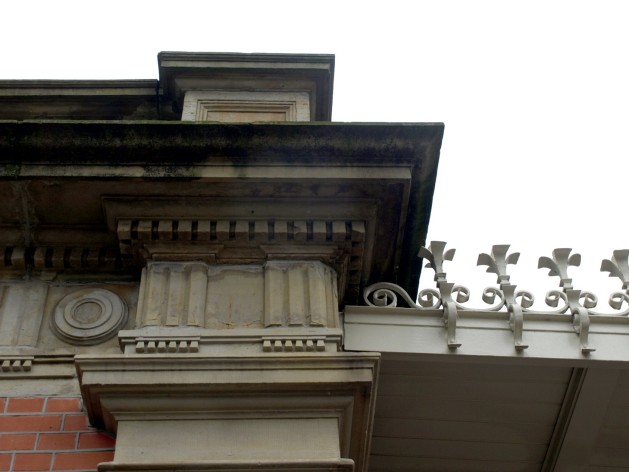 In spite of recent restorations the royal pavilion is next to a somewhat undefined area. 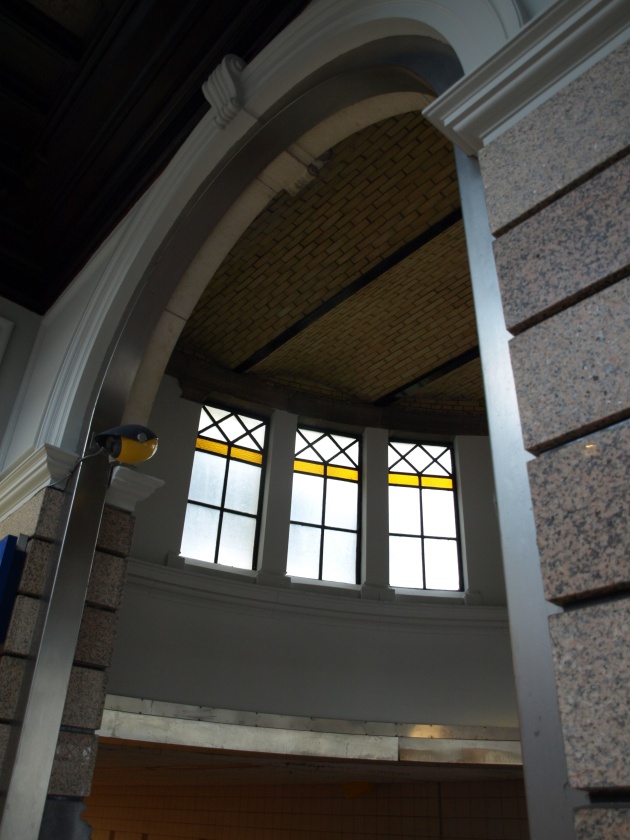 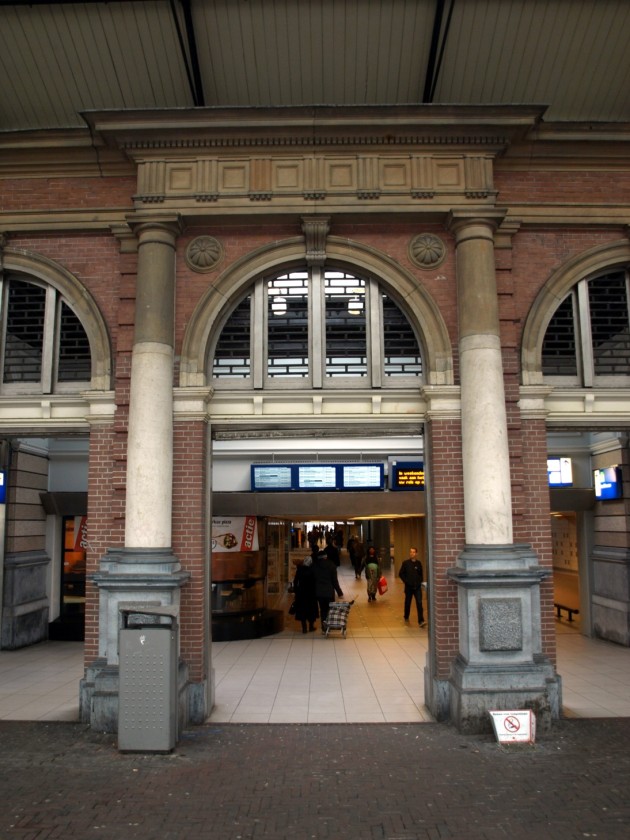 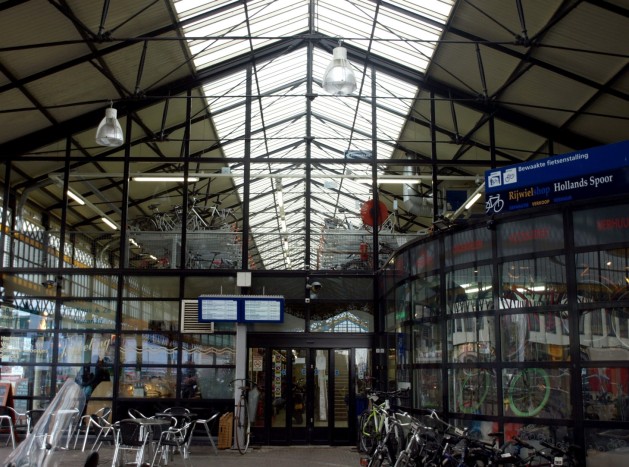 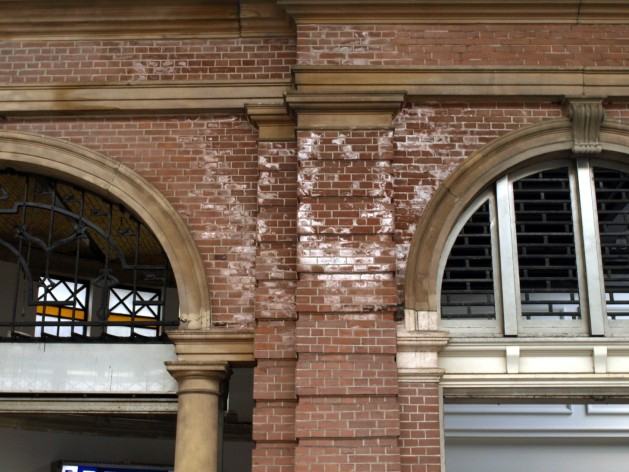 The south wing has a new tunnel for pedestrians and cyclists, and also contains the bike storage. 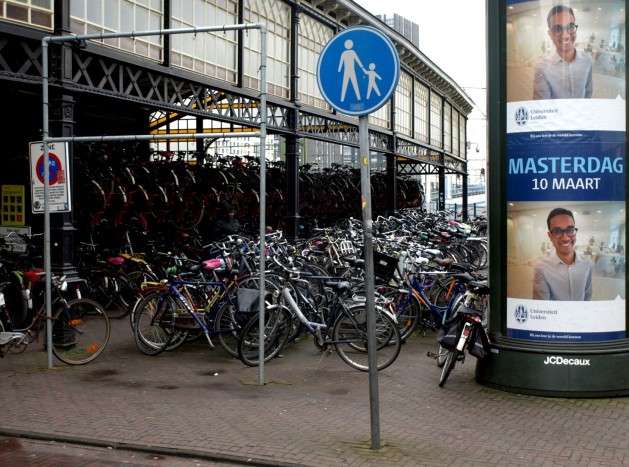 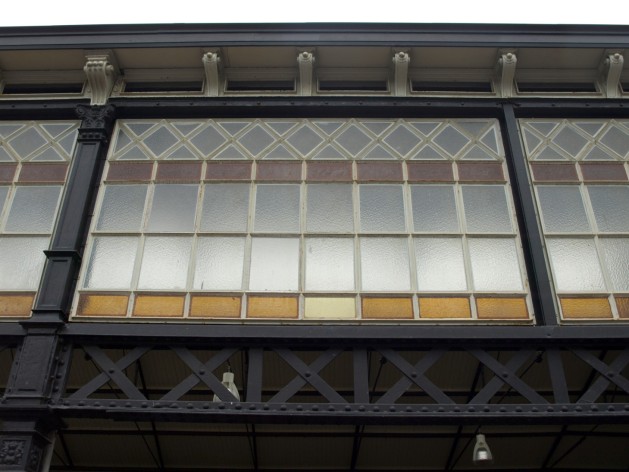 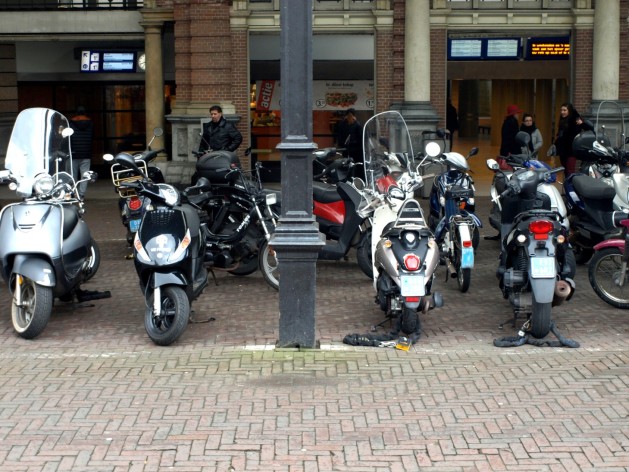 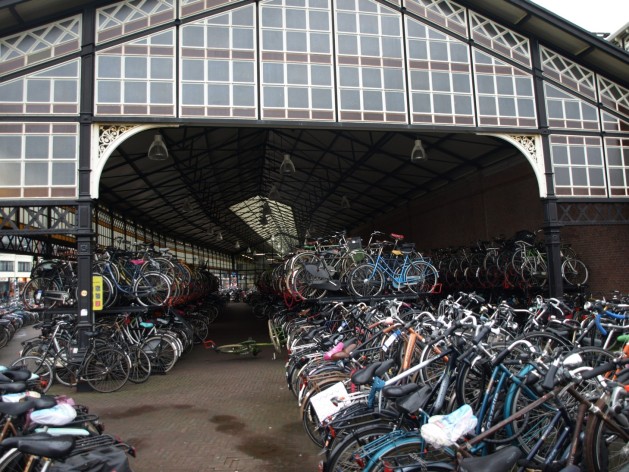 Today The Hague HS is a state monument.

All pictures were taken in March 2017

One thought on “Façades of The Hague #60”