Out of Home was a pop-up exhibition at Noordwal 117 with works by Iliada Charalambous and Yair Callender (and in the evenings a dance performance by Styliana Apostolou, which i’m afraid i had to miss). Was, as it only lasted for three days. 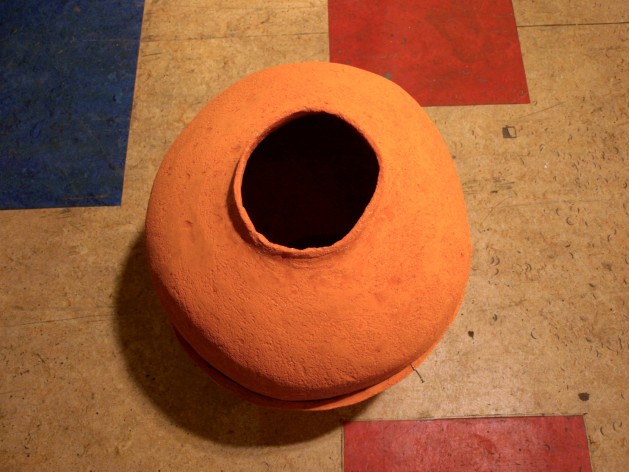 Charalambous gives you a sense of place in that, as a native Cypriote, her ideas originate from the Mediterranean.

That may sound like a cliché, but it is far from that. Her works may evoke a feeling of remembrance, a faint recognition and both shattered and revived dreams, based as it is on ceramics. 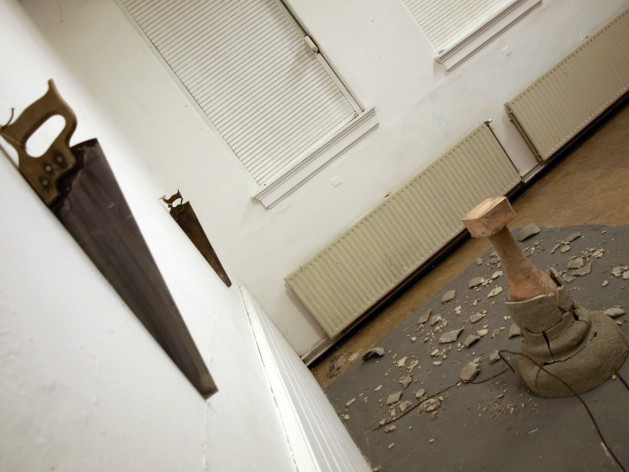 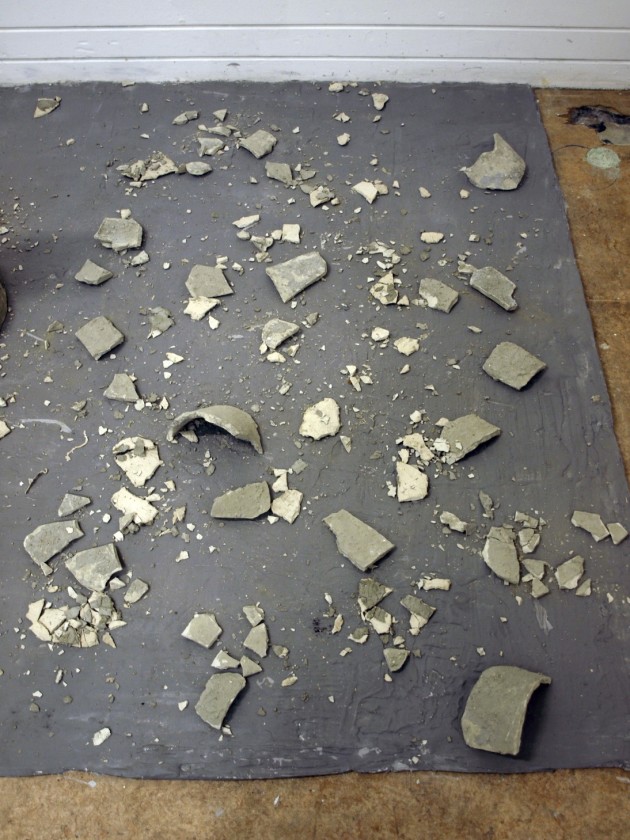 Although her presentation looks less monumental than her intriguing graduation show at the Royal Academy The Hague last summer, i feel this one is more eloquent, probably also because of the interaction with works by Callender.

Callender has really come of age artistically and i’m eagerly hoping for a solo presentation in the neighbourhood somewhere in the near future.

His presentation is also less monumental than one may expect, but again with great eloquence.

His language is one of volumes, giving his works the outlook of building designs.

In this case he has combined the homeliness of furniture and decoration, their idea, meaning and the relationship between volume and detail.

Noordwal 117 will close next year like LocatieZ and Billytown leaving the artists desperate for a new place to work and present their art. Please The Hague, don’t make your artists a bunch of stray cats. Be proud of them and they’ll be proud of you! Art isn’t just about an expensive, prestigious, problematic building in the town centre. It’s about imagination and development, two things you dearly need next year and after. 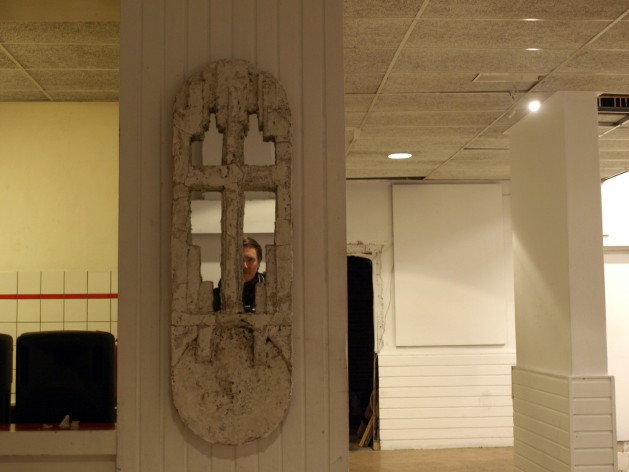 Content of all pictures courtesy to Iliada Charalambous and Yair Callender.

Silvia Bakker has opened a new gallery in The Hague’s town centre. Its name is Twelve Twelve indicating there will be a new exhibition every month. She prefers art with a politically or socially engaged twist. This month she shows works by three artists: Karl Ketamo, Wouter Willebrands and Gert Scheerlinck. 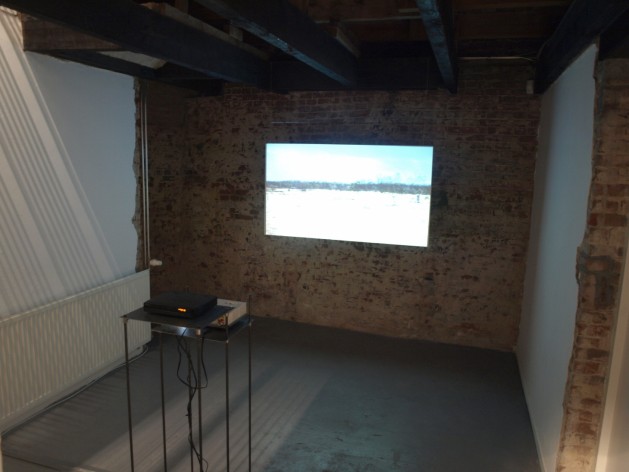 In the gallery’s basement Ketamo, who graduated from the Royal Academy The Hague this year,  shows his project Crossing Boundaries/Shifting Landscapes which is about migration, with a double-visioned video, a book and some prints. 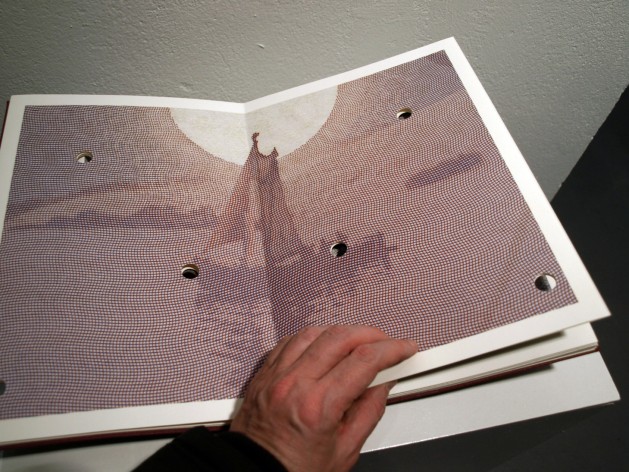 The book and the prints show fragments from pages of passports of different nationalities. 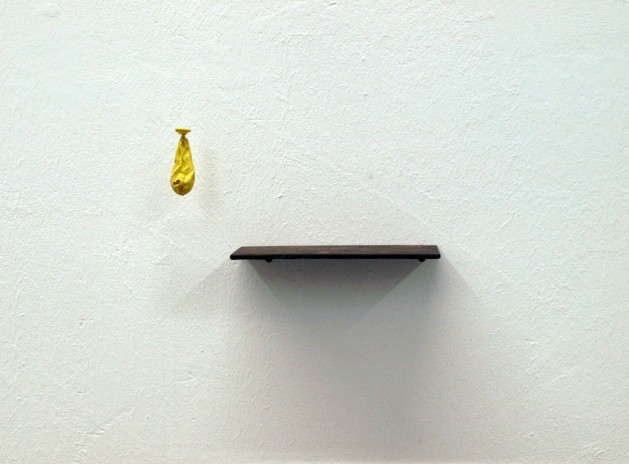 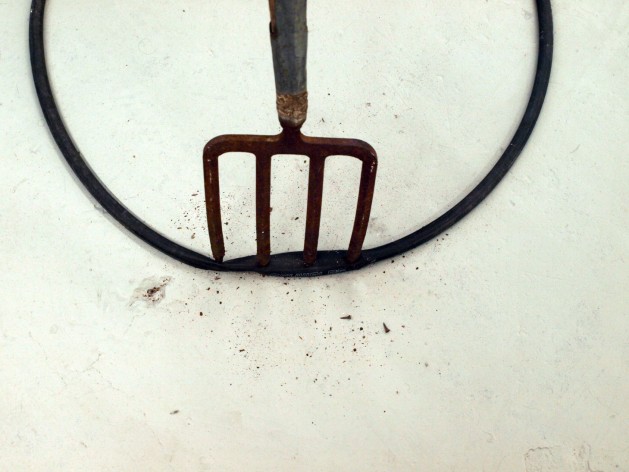 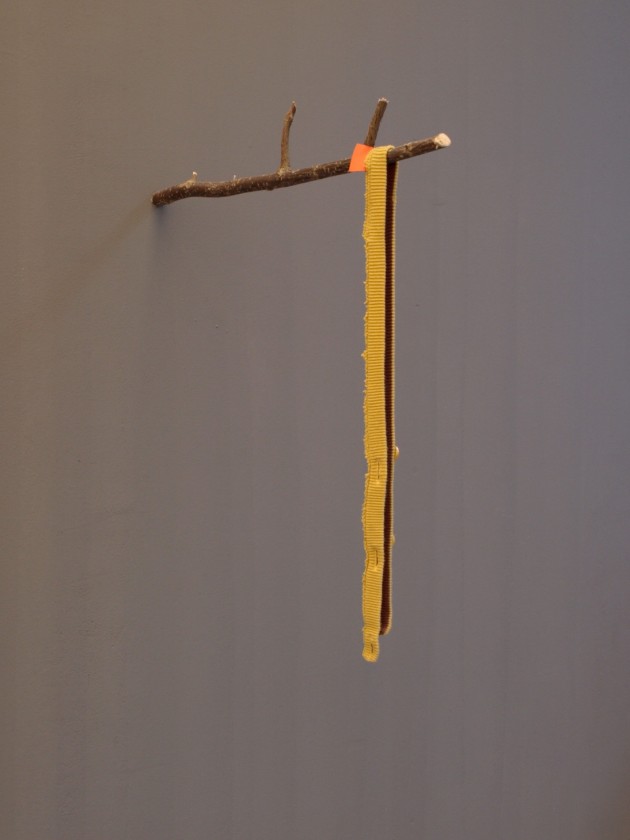 Scheerlinck shows works that seem to contain criticism in one way or another but which are also open to more interpretations.

Willebrands combines his abstract works with titles that become part of the works and make them less abstract.

The gallery is a small place but it invites the viewers to think about what they see, hence the title of the show. Artistically this is a good and promising start. 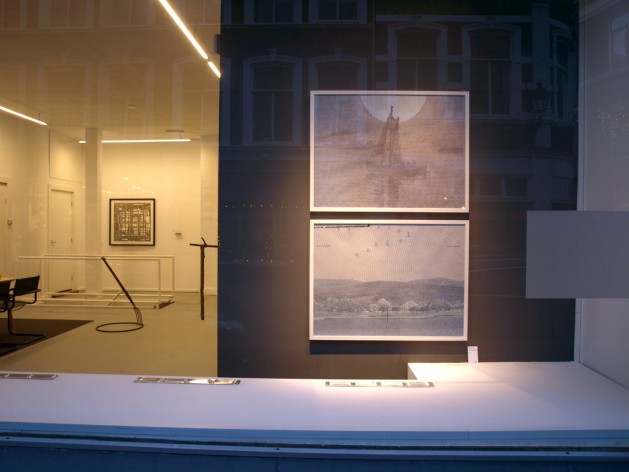 Content of all pictures courtesy to the artists and Twelve Twelve gallery.

Façade of a small house, Casuariestraat, 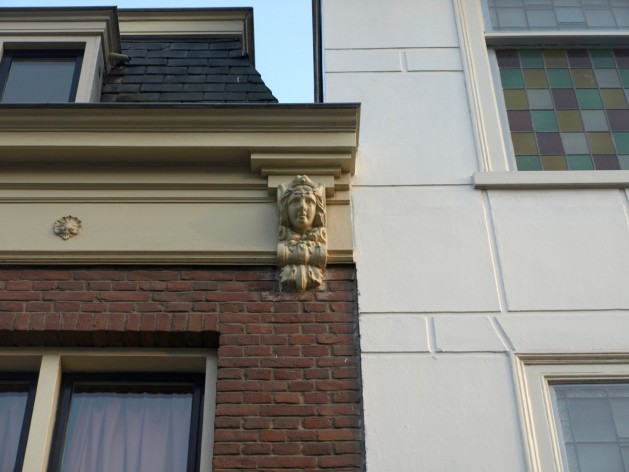 built in 1936 in an eclectic 19th century style, already worn out by that time, but so tough and sticky that it needed a war to be declared dead. 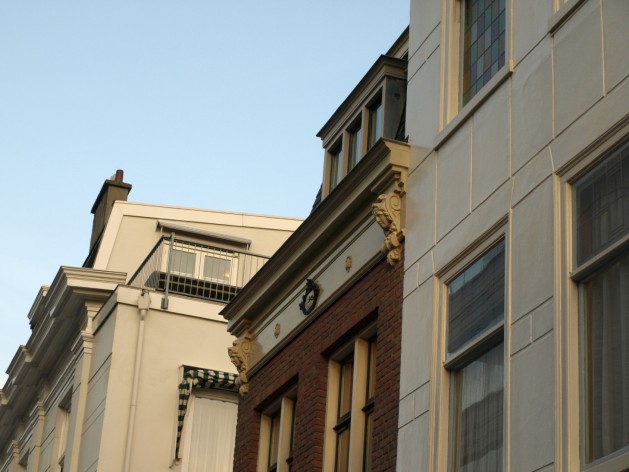 Behind it (picture below) you see the Royal Academy (left) and the new postmodern city centre. 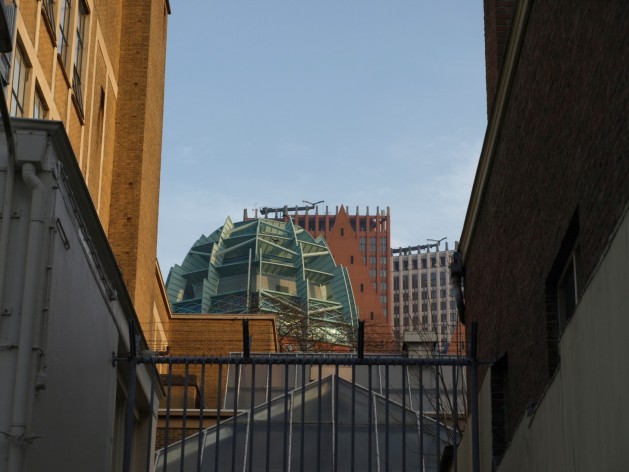 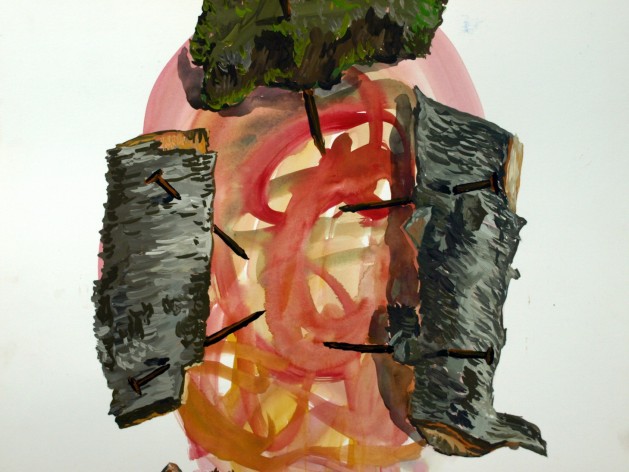 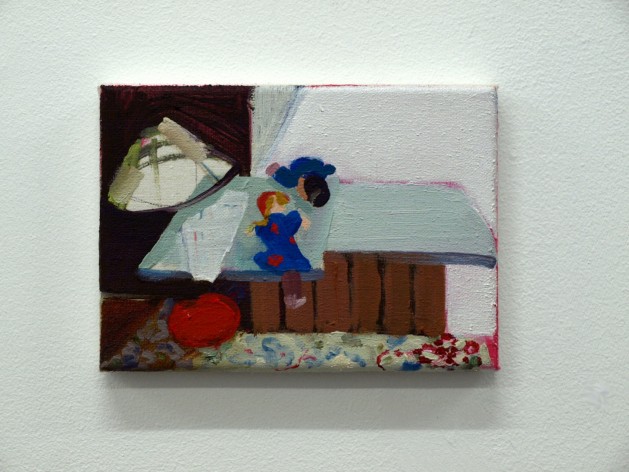 At the moment it shows its second edition of its jubilee exhibition and it is a real full house. 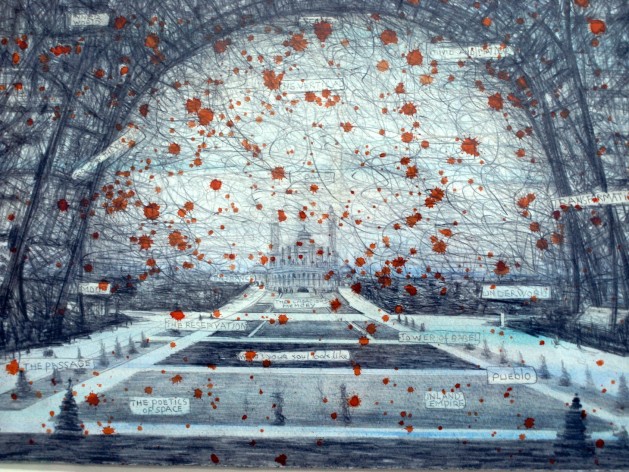 Herewith i give you a few examples of the more than 70 works of art by more than 30 artists presently on show in the gallery. 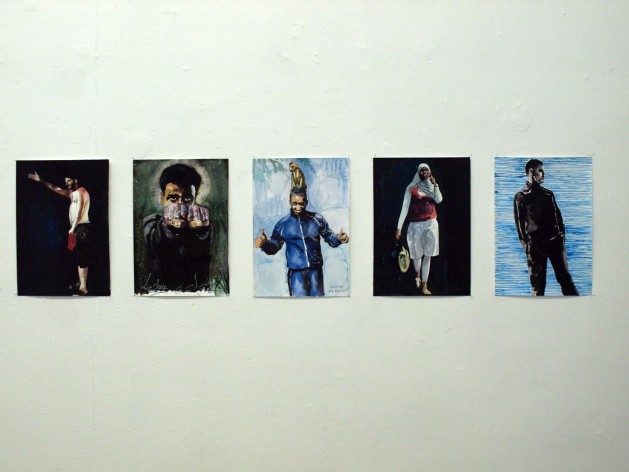 The finissage will be on Sunday. 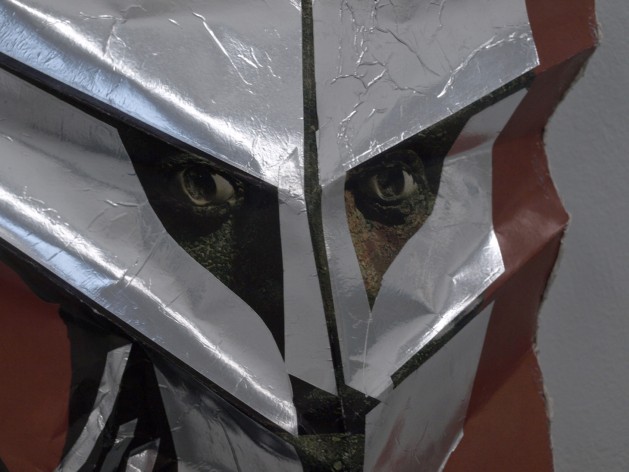 Of course i wish Maurits and his artists many fruitful years to come! 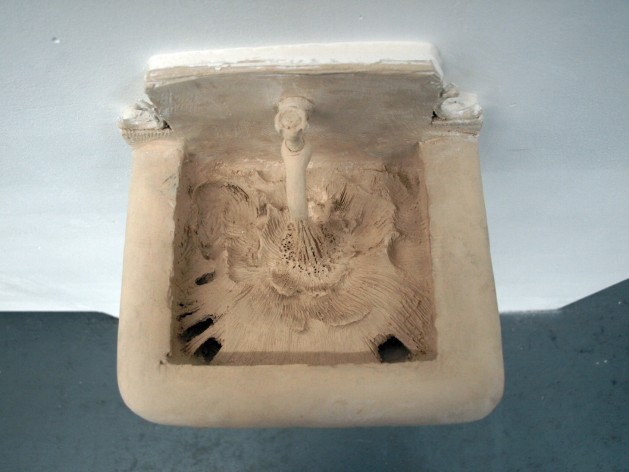 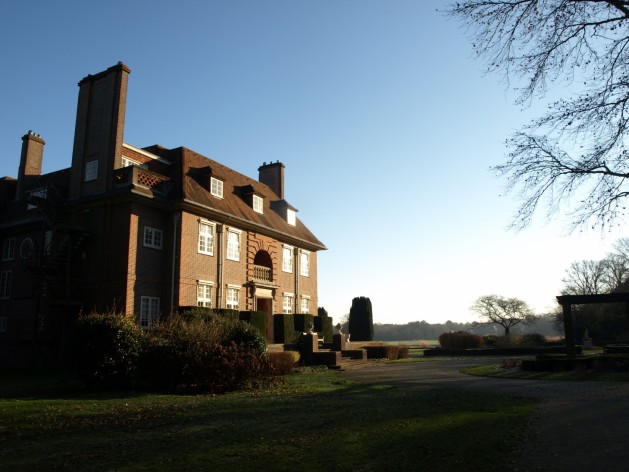 Last week i visited the recently opened Museum Voorlinden for the first time to write a review about the present Ellsworth Kelly exhibition for Villa La Repubblica. Click here to read the review (in Dutch).

My first visit to Voorlinden was a slightly sentimental one as i used to come here in the end of the 1970s as an academy student to make landscape sketches.

The villa was designed by English architect  R.J. Johnston and is a 1912 copy of the then owner’s English wife’s home in England.

Of course you can tell immediately from the large chimneys that it’s English.

Today the villa is a state monument and it contains the museum’s restaurant. 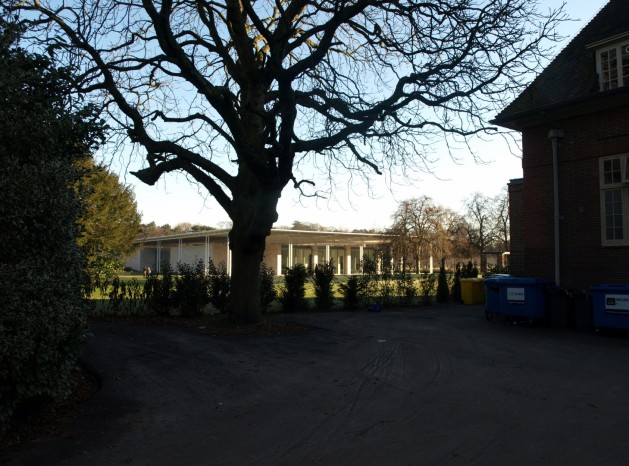 The museum itself, designed by Dutch architect Dirk Jan Postel, was built from 2013 onwards. 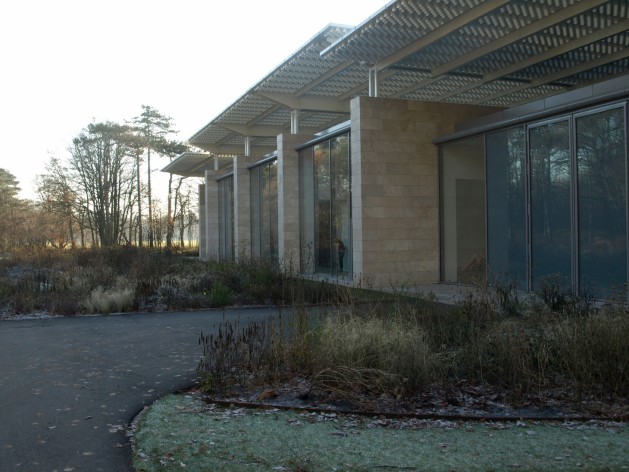 It serves as a kind of temple (complete with columns!) to show part of the art treasures of collector Joop van Caldenborgh.

have enough space for showing some big monumental installations that

aim to be iconic for the museum,

for showing part of the collection in changing formations and 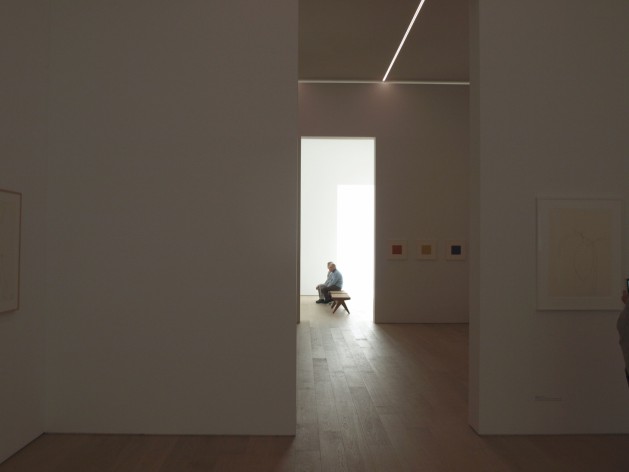 to have special exhibitions.

The use of daylight through the roof is a constant feature in the exhibitions, 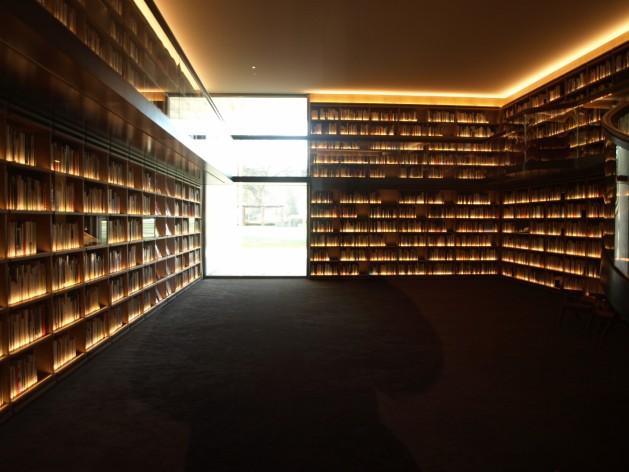 while corridors give wonderful views of the park around the museum.

In such a place it is no wonder aesthetics plays the lead in the collection and exhibitions, as is often the case in big private collections. 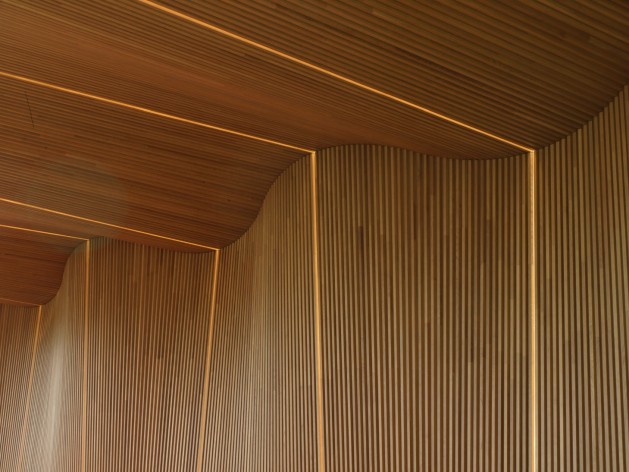 Buzzing society with its problems and controversies is absent from the collection.

As such the museum serves as a refuge for modern and postmodern, maybe even post-postmodern aesthetics.

The present Ellsworth Kelly show is well composed by Rudi Fuchs. It leaves the viewer with Kelly’s works in full glory and as Kelly died last year it is also a kind of retrospective. Here are some details of the exhibition. 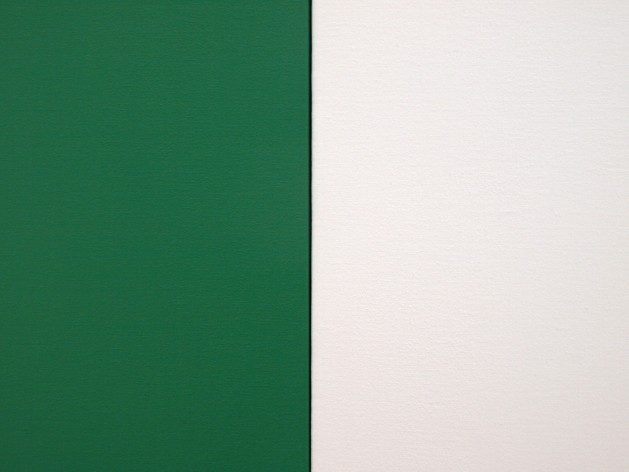 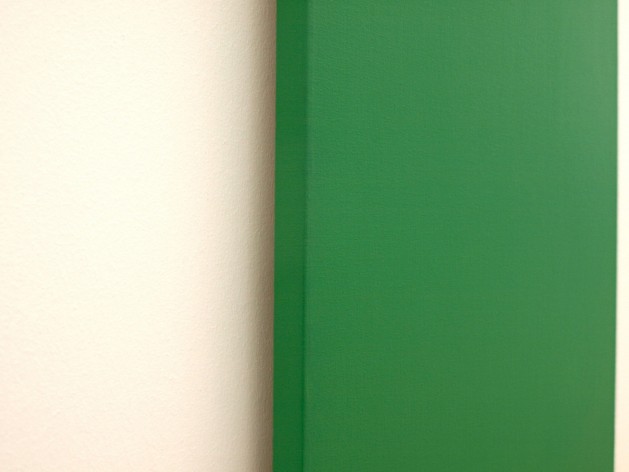 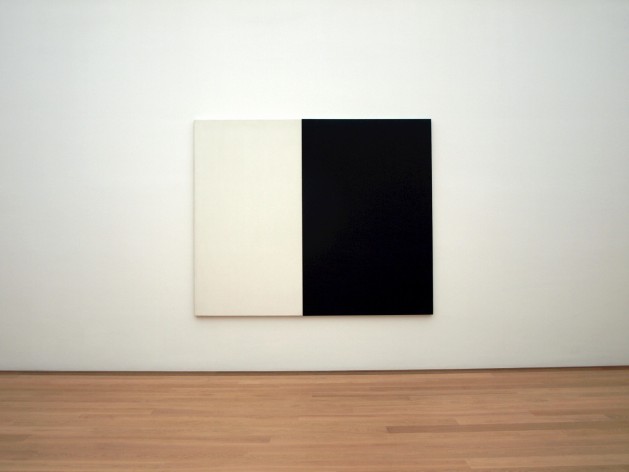 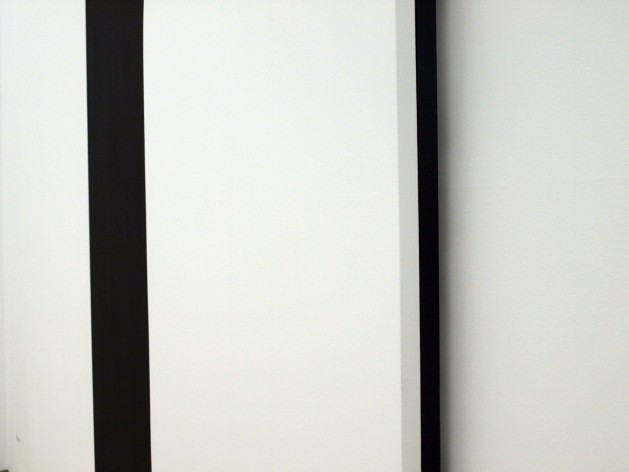 But of course it is better to go and take a look yourself.

Content of all pictures courtesy the artists and Museum Voorlinden