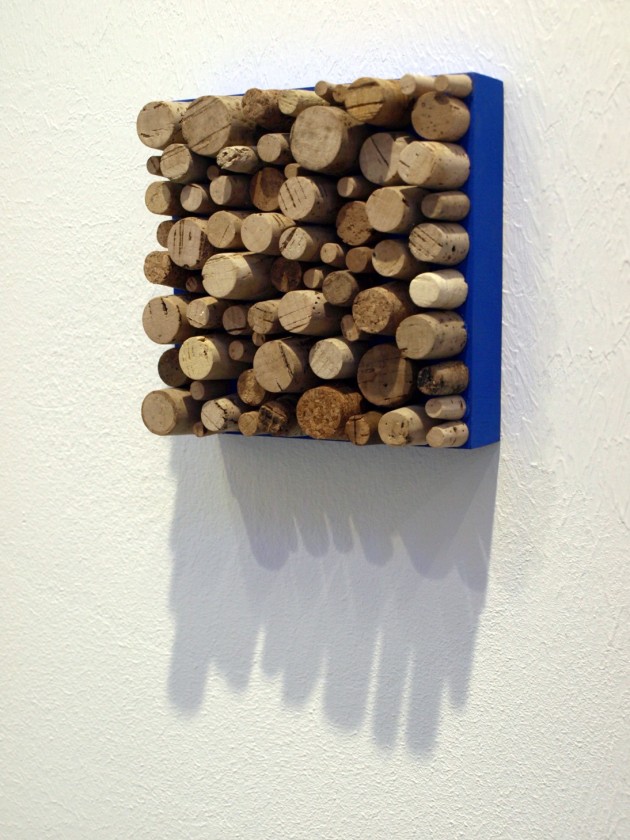 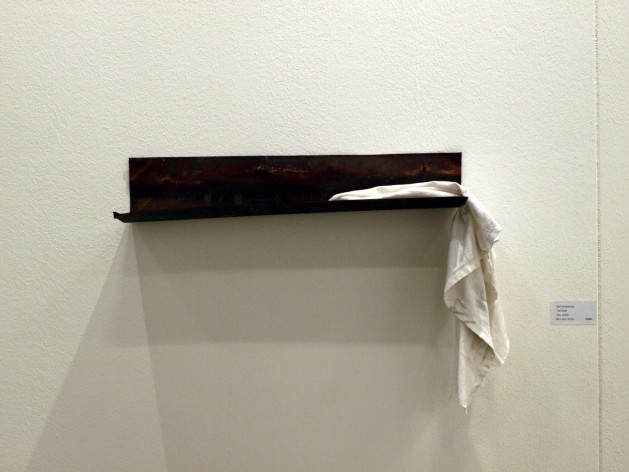 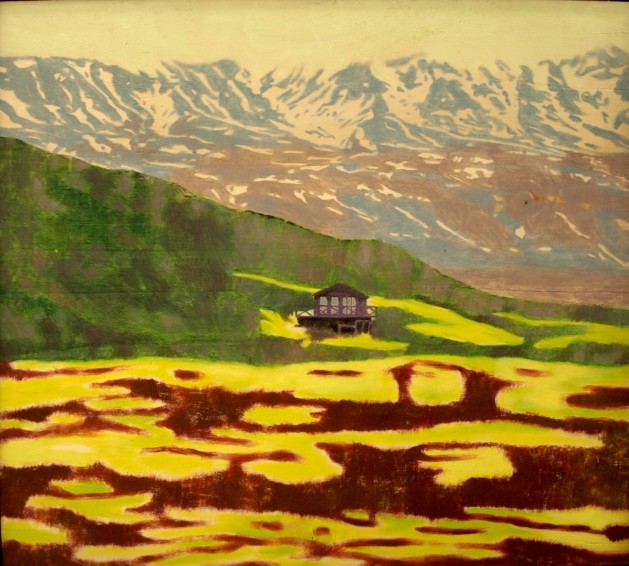 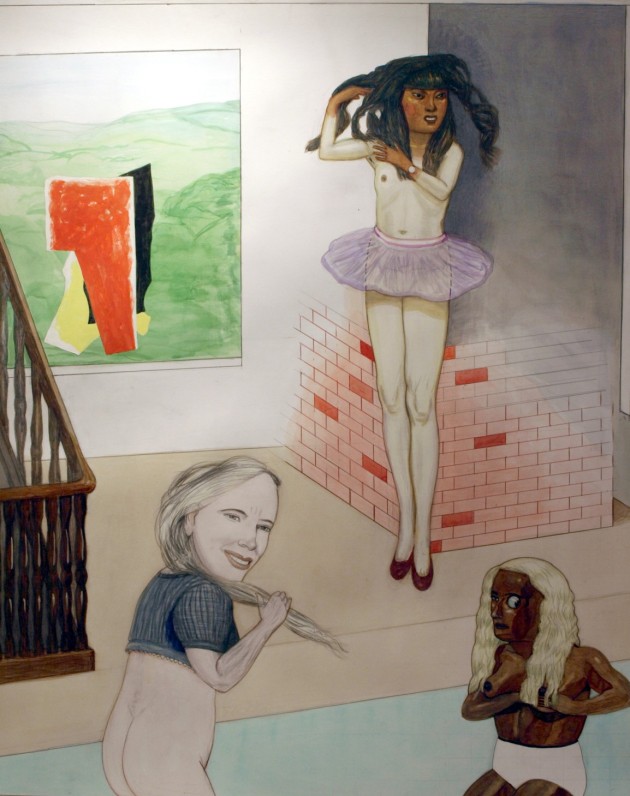 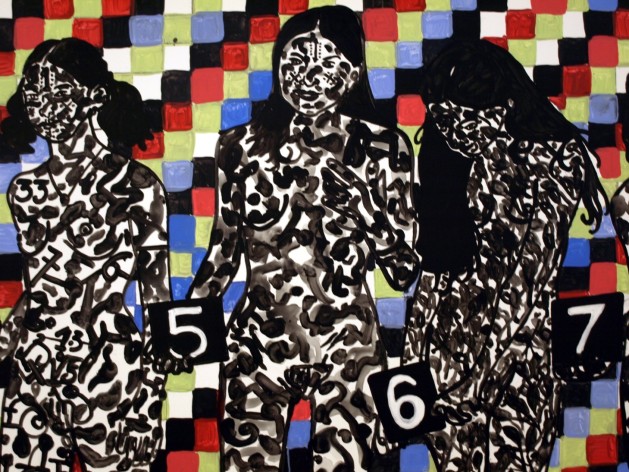 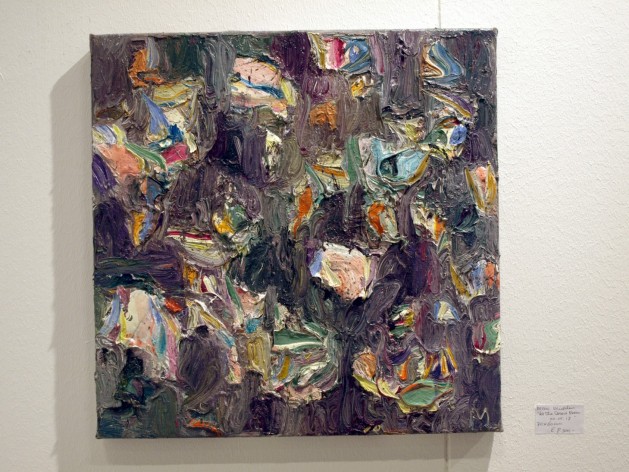 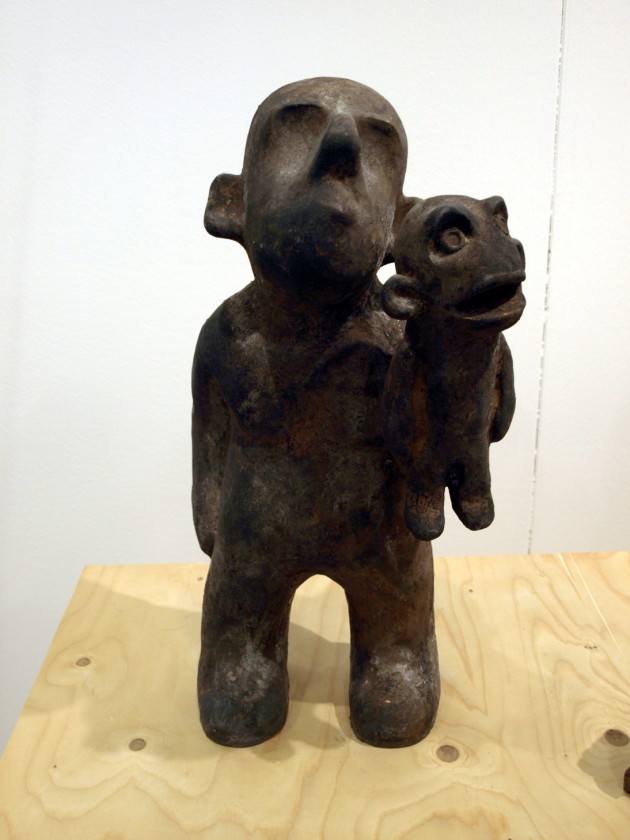 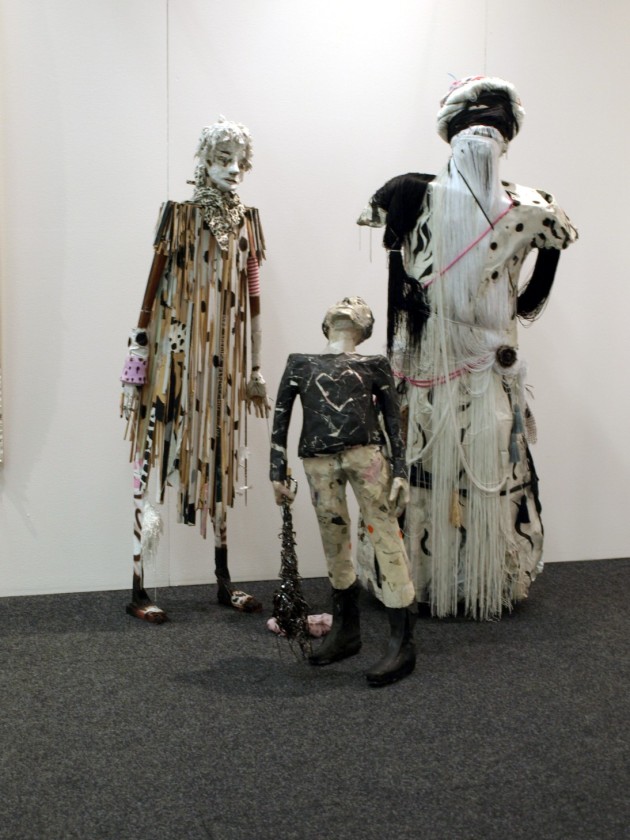 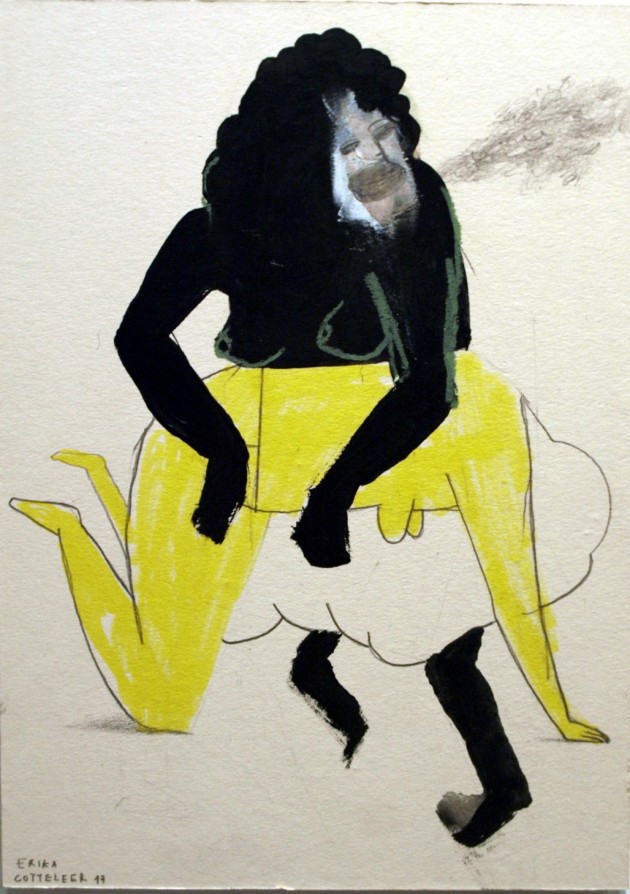 Helder gallery shows works by six artists in a relatively small space. Some eight ceramic sculptures by Damian Kapojos function as a guide in a small garden with different panorama’s.

As such, you may find yourself in a painting by Marit Dik in which long moments of doubt or uncertainty are made longer, or 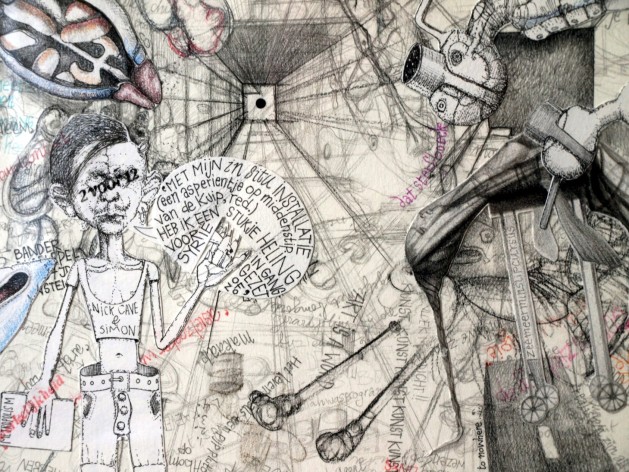 in a nightmarish merry-go-round by Niels Janssen. 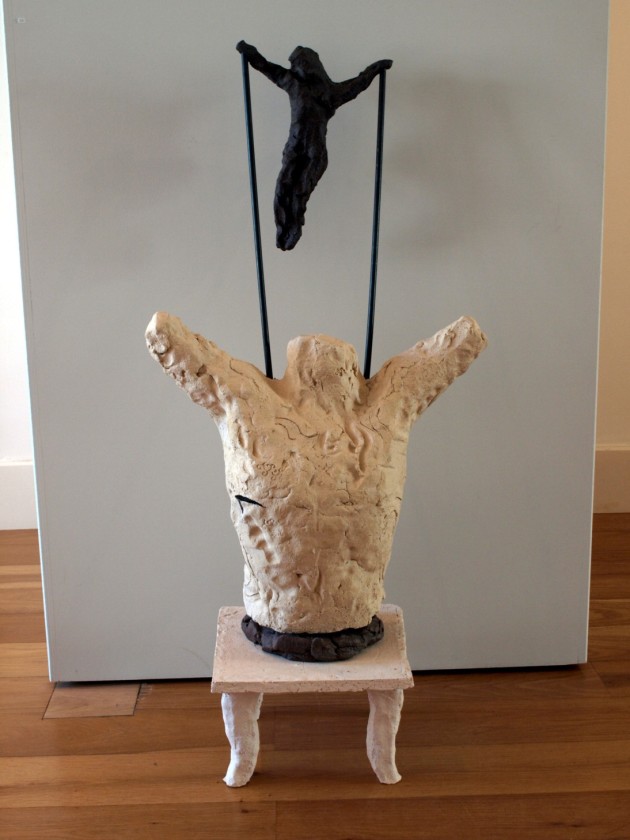 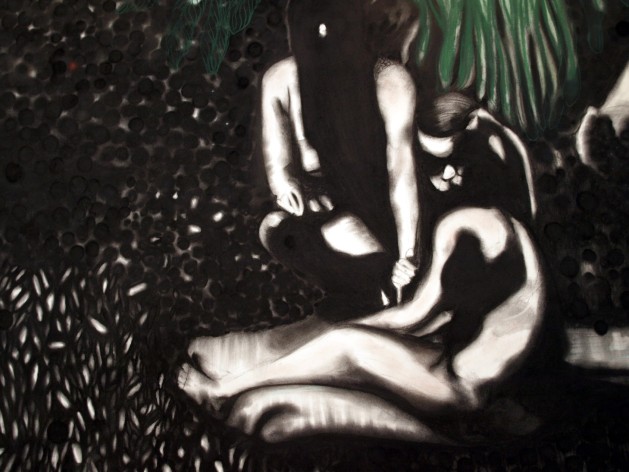 to some new gouaches by Paul Nassenstein who is able to create lots of space on just small surfaces. 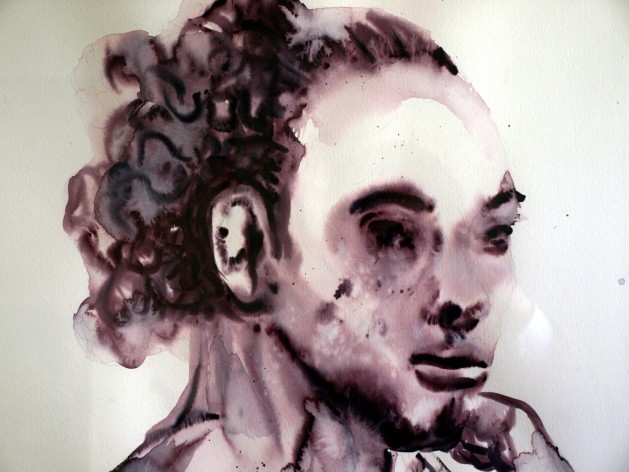 There are some older and newer works by Sander Wiersma as well that fit in pretty well with Kapojos’ sculptures. 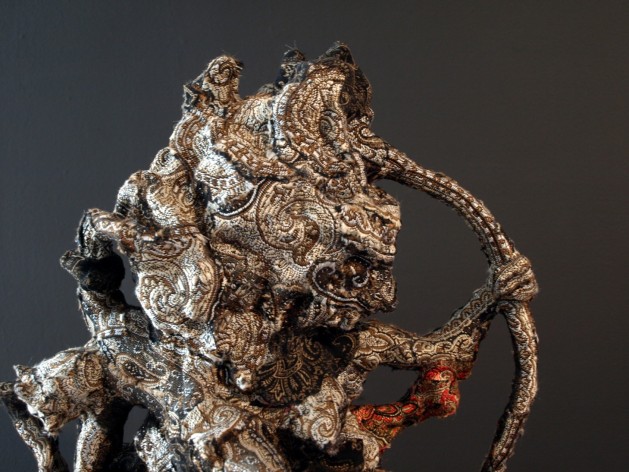 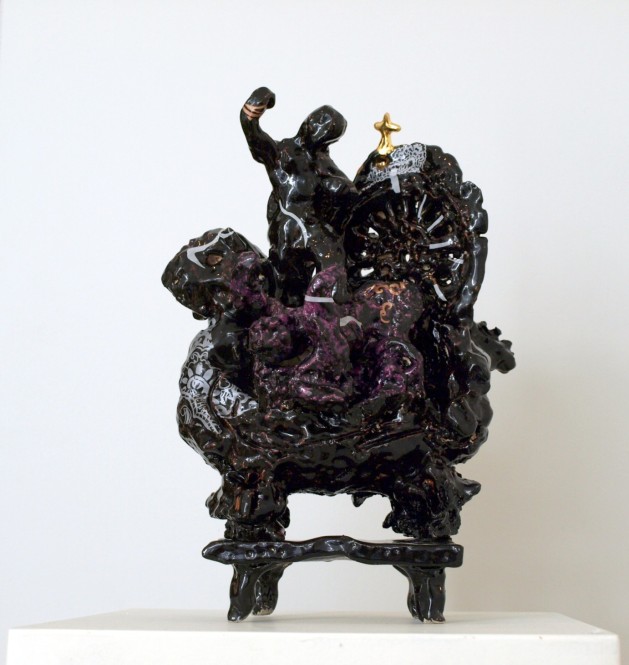 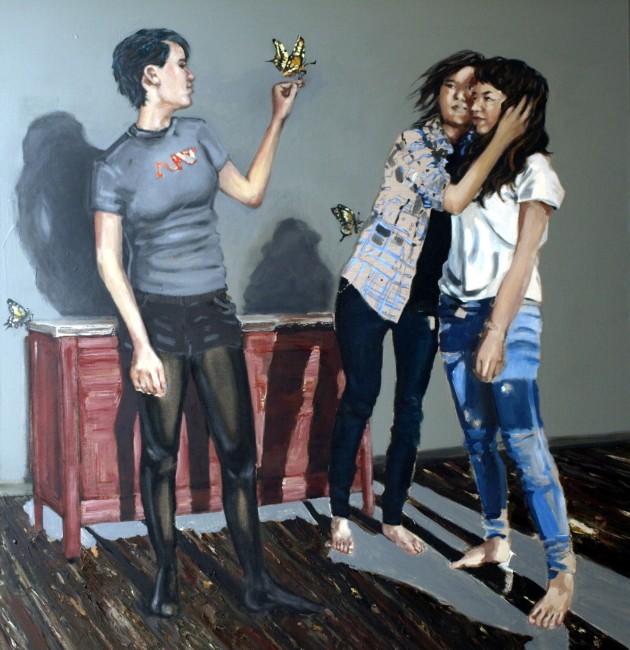 The best thing to do, of course, is to find out yourself.

Contents of pictures courtesy the artists and Galerie Helder.

Galerie Helder has organized a small drawing festival in which three artists are taking part. It shows

these wonderful miniatures by Paul Nassenstein who is able to create an enormous space on a very small surface, each work telling a story and showing a cosmos of its own; 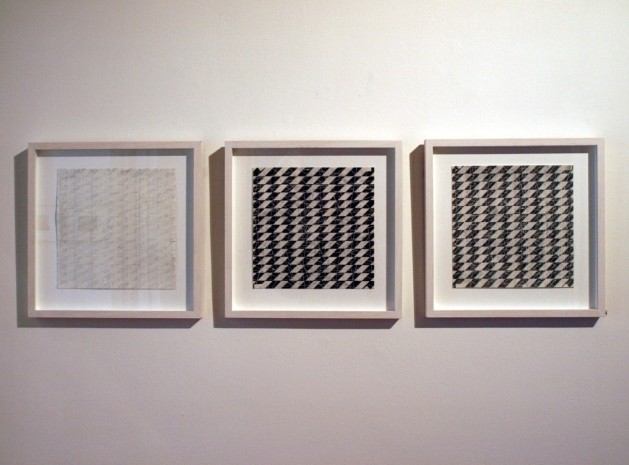 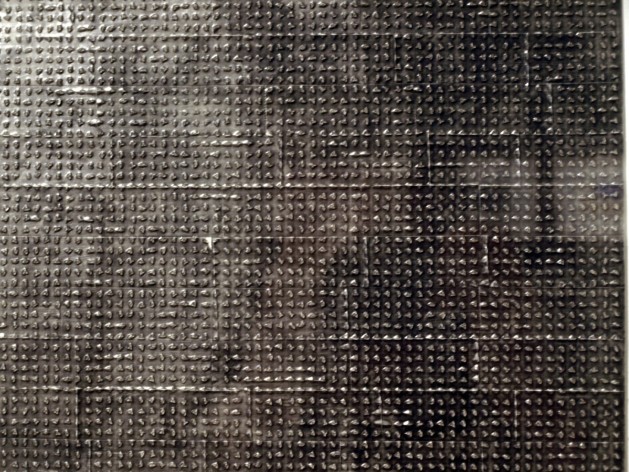 works by Stephan van den Burg, whose work brings abstraction back to reality. 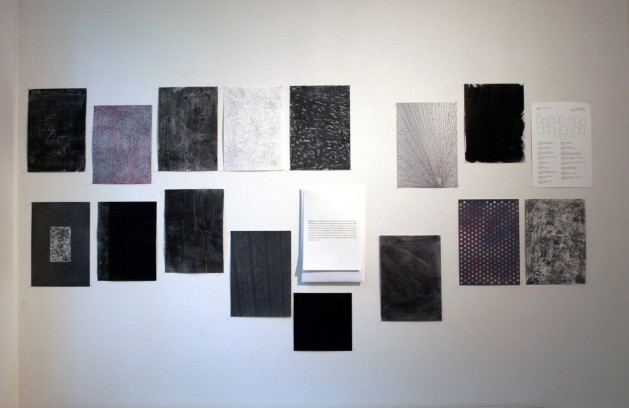 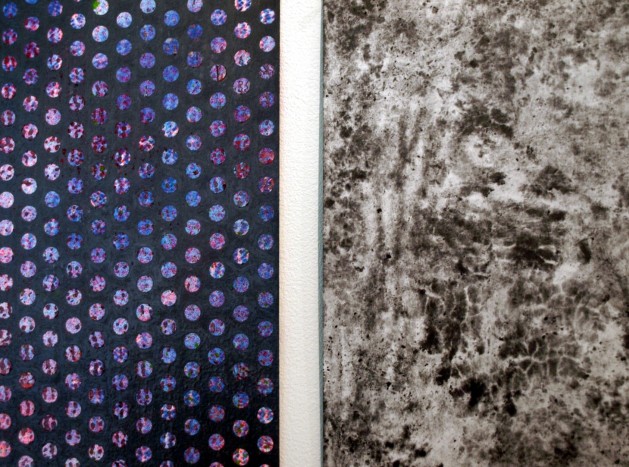 Altogether it is a great combination of very different artists.