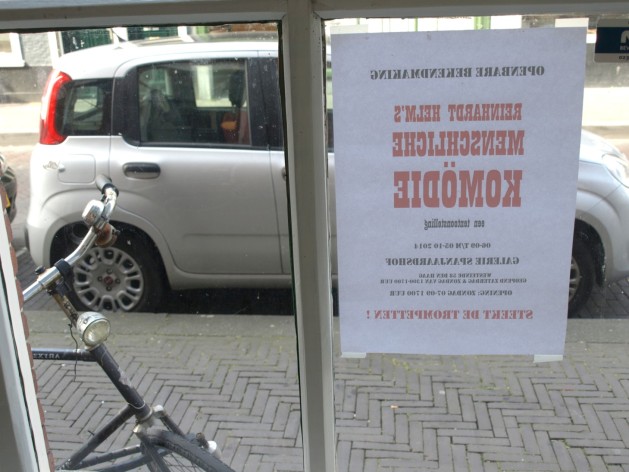 In the Spanjaardshof-building Jan Reinhardt and Martin Helm, forming the duo Reinhardt Helm, have made an installation in the two exhibition rooms and in the entrance hall. 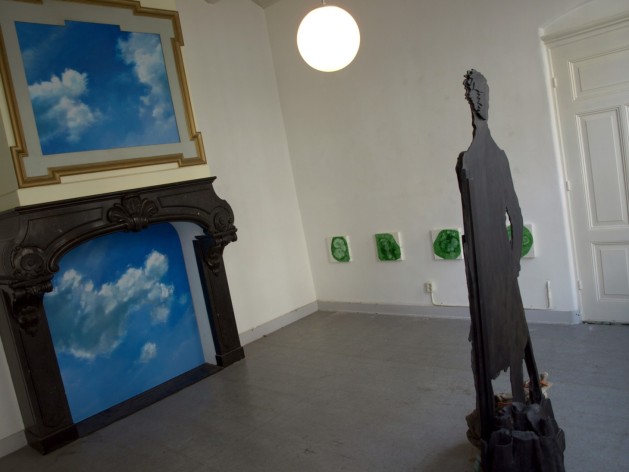 The most homely room contains a silhouette of the famous Rückenfigur of Caspar David Friedrich’s Wanderer above the Mists, 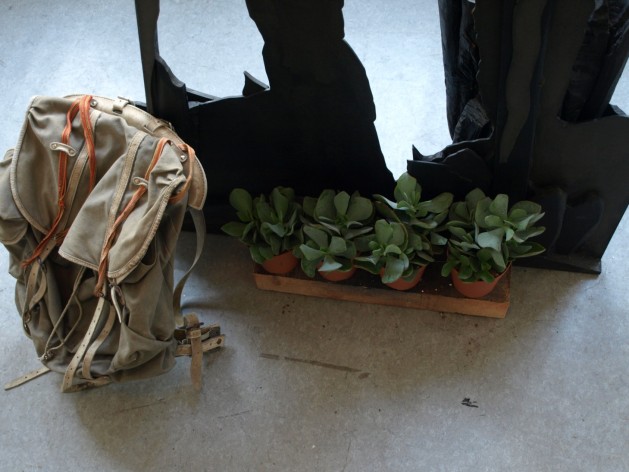 at his feet a rucksack, pots with succulents and 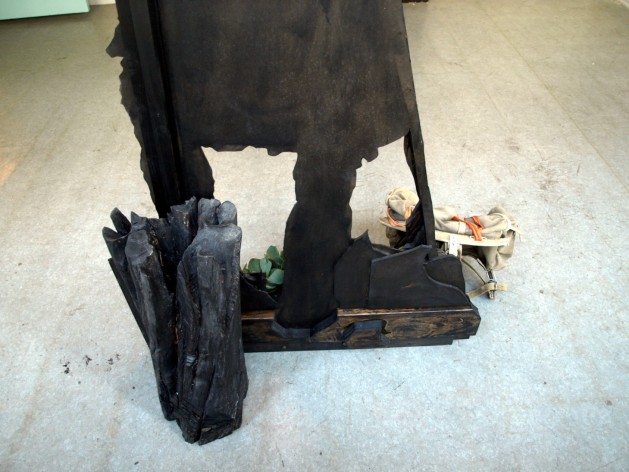 scorched wood and surrounded by greenish paintings and of course the elaborate fireplace, 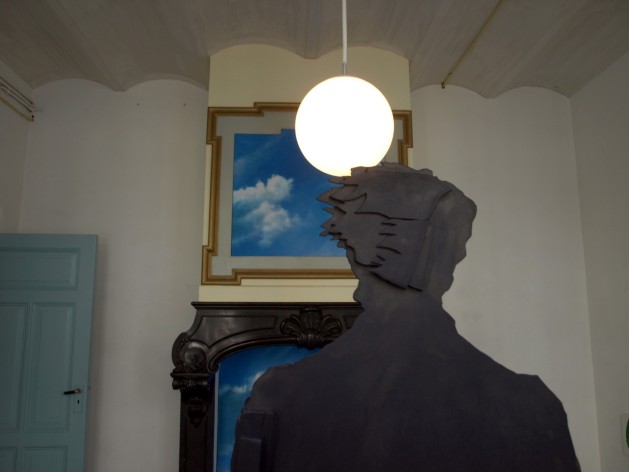 as if man in his most innocent state could still go anywhere, fire, nature and his mind at his disposal. 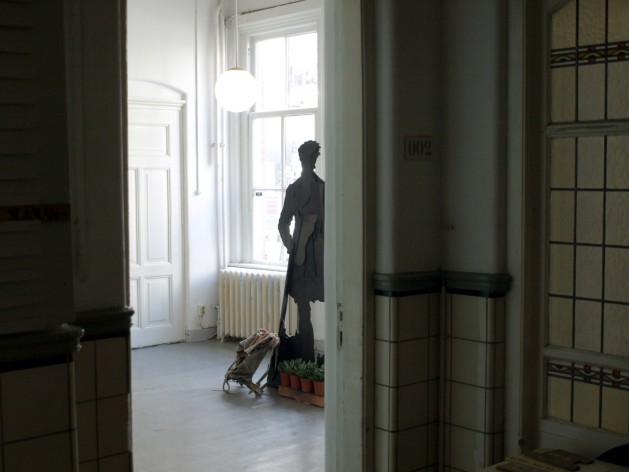 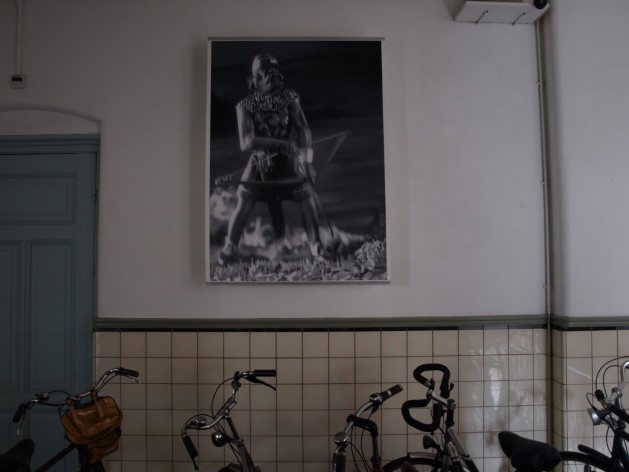 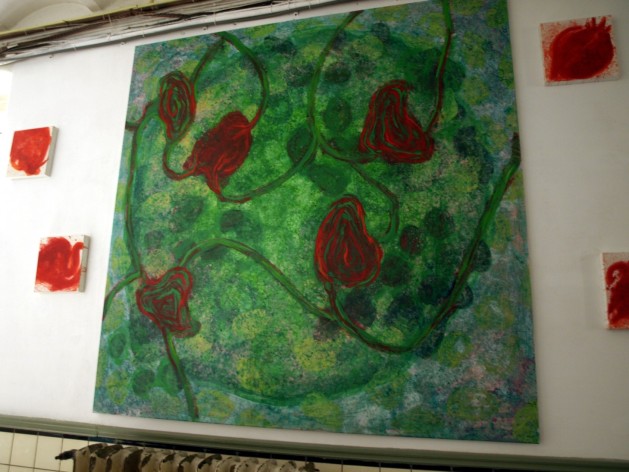 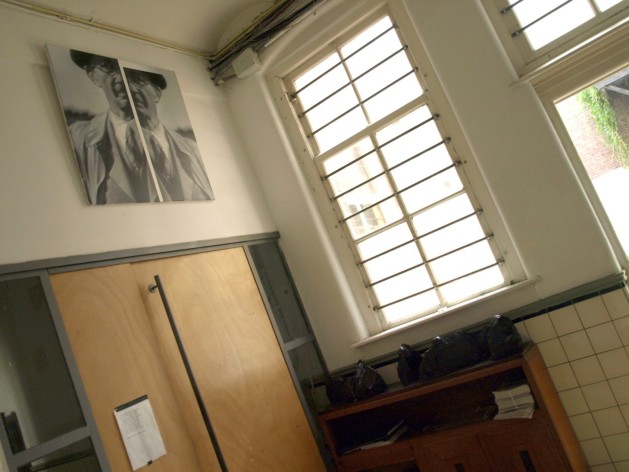 The darkish entrance hall is the transition to the other room, 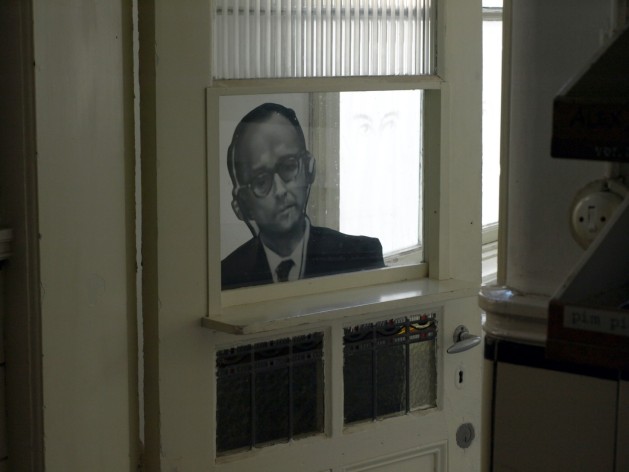 which has a cold and impersonal atmosphere. Adolf Eichmann has replaced Friedrich’s Rückenfigur. 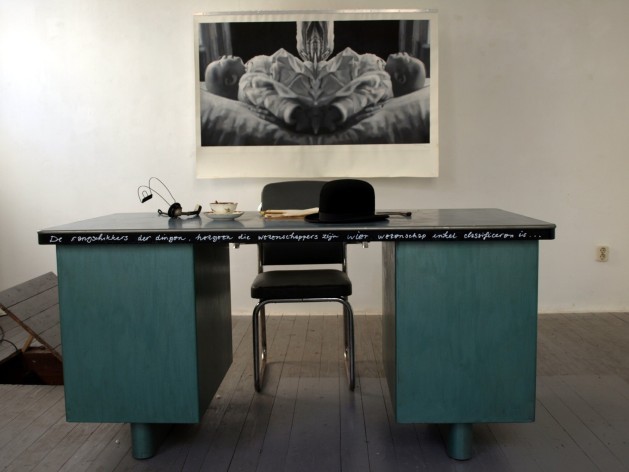 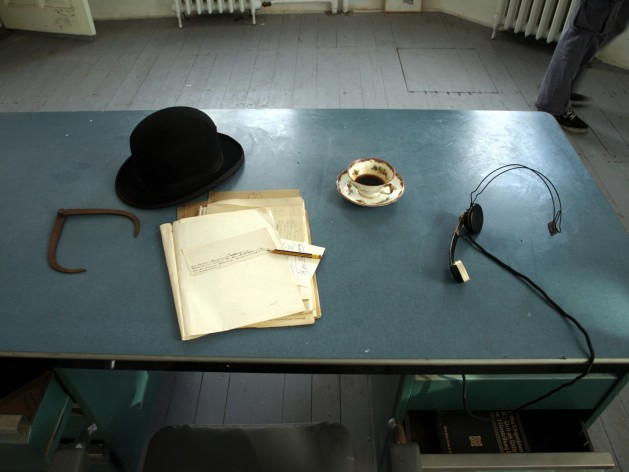 Objectivity, bureaucracy and efficiency have become covers of human catastrophe. The visionary Wanderer has become an ambitious bureaucrat. 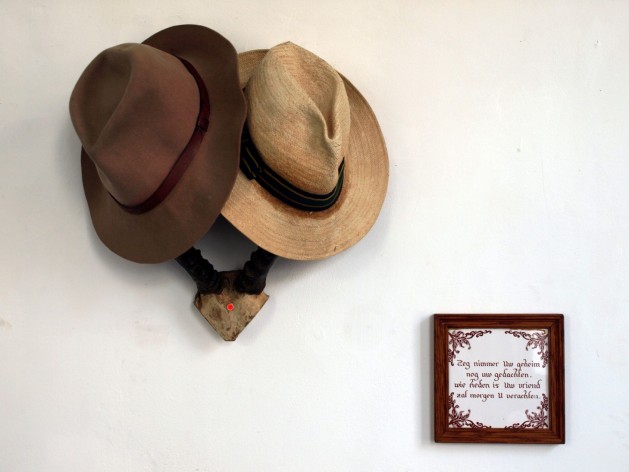 While the hat may cover anything in between the Wanderer and Eichmann. 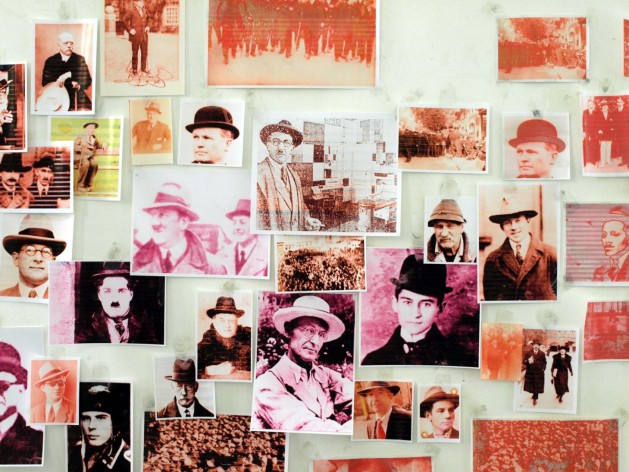 One could criticize the show for being a bit altmodisch, but that may as well be an asset and it is definitely part of the atmosphere and the building. 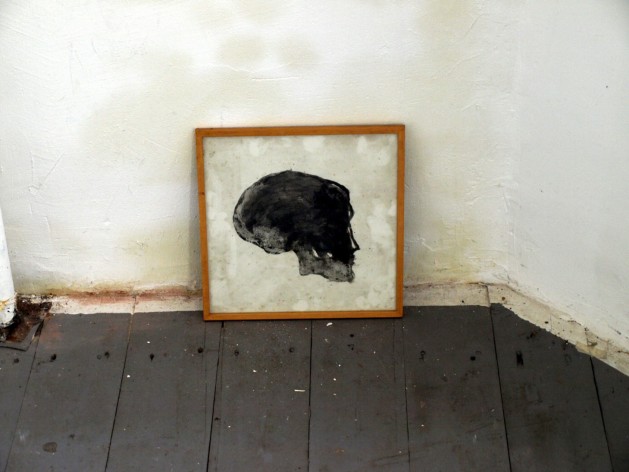 The feminine doesn’t seem to play a role in the installation, or should the human endeavour and its sometimes catastrophic consequences be seen as something male? 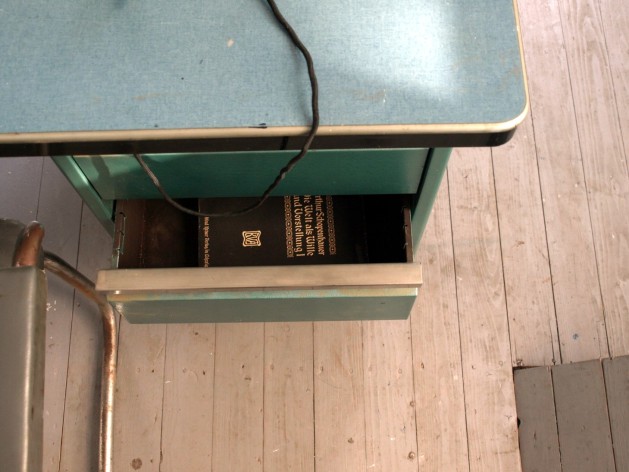 All together the cooperation of the two artists has made one plus one more than just two. 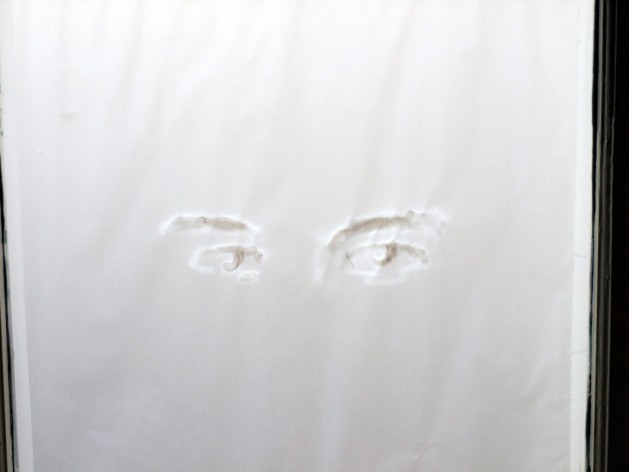