The city centre of Rotterdam has two magnificent monuments that have to do with the destruction of the city by the Germans during WW II and the reconstruction after the war. 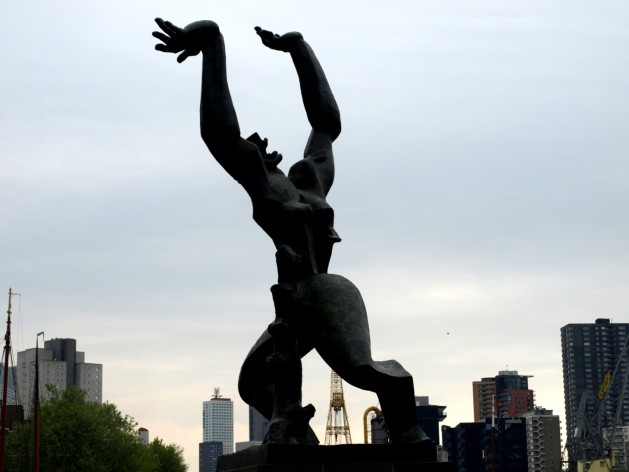 Ossip Zadkine’s 1951 sculpture The Devastated City was donated by department store De Bijenkorf to the City of Rotterdam in 1953.

Presently it is a state monument. 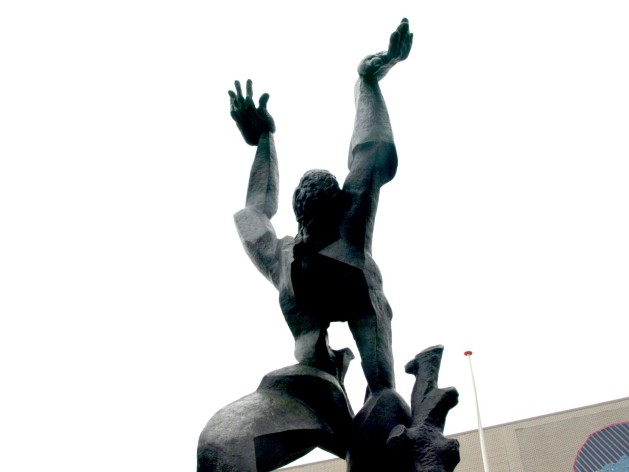 In spite of its modernity it is a generally accepted and much respected monument.

Apart from that, by accepting the donation in the 1950s the City of Rotterdam also affirmed its modernist agenda for the reconstruction of the city. 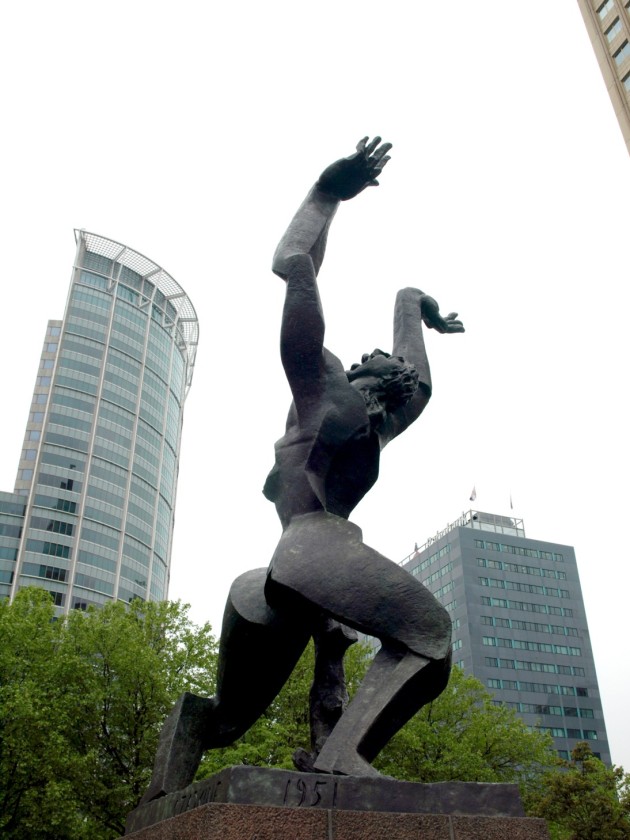 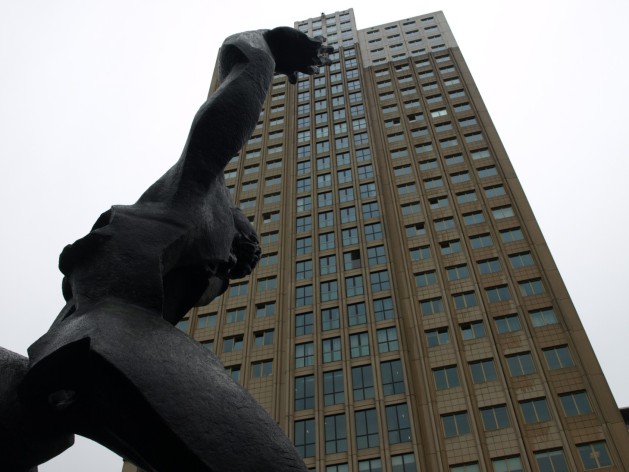 Naum Gabo’s 1950s sculpture was bought by De Bijenkorf department store and placed next to it in 1957.

It has served as a monument to the modernist reconstruction of the city ever since.

It is the biggest public constructivist monument in the world and in spite of its size it is a very elegant one.

However, since the last two decades it is in urgent need of repair, as it is rusting away.

The present owners IEF Capital and Bouwfonds are not willing to repair it as they think the municipality should also contribute financially, which it refuses.

Nobody seems to be able or willing to break the deadlock.

As such the dilapidating master piece has become a monument for present society where there is plenty of money but nobody wants to spend it on something non-lucrative.