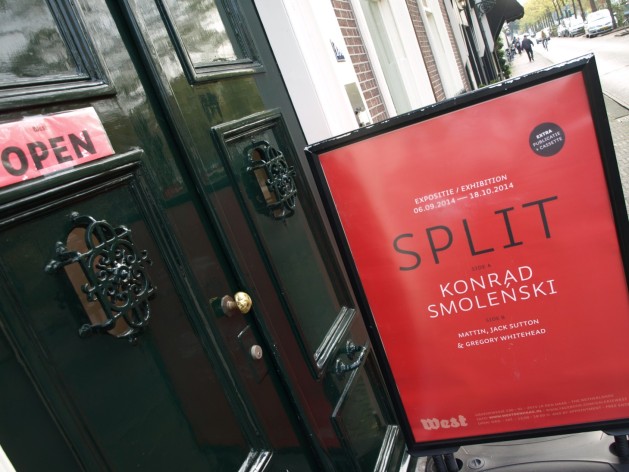 At the moment in the exhibition Split at West gallery, Konrad Smolenski shows three installations, each accompanied by audio-works by others. It all works out quite impressively. 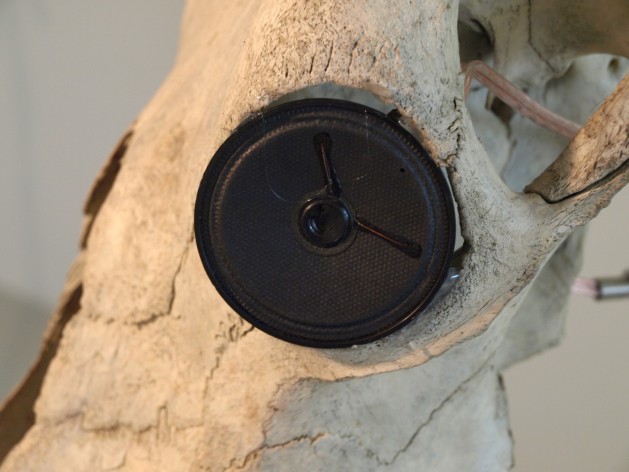 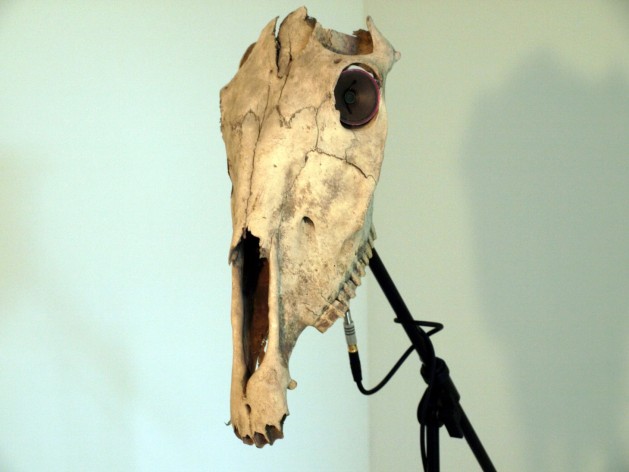 This is Fly, with cattle skulls and a horse skull and speakers in their eye sockets, 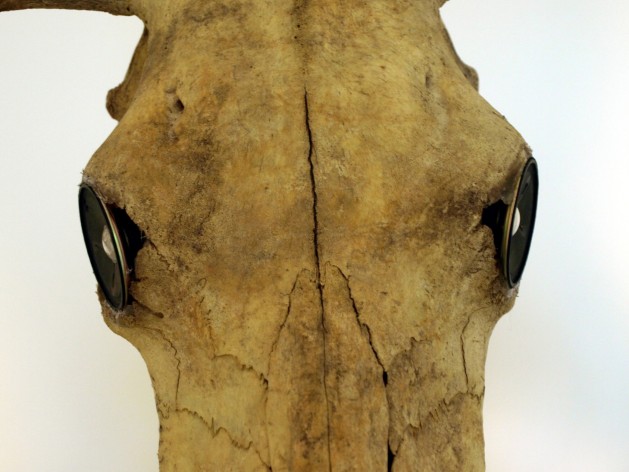 which still make some noise but visually the conversation has congealed.

Mattin’s sound-work Tinnitus adds quite a nasty sound to the installation, so

continuing to the next work is just as well. 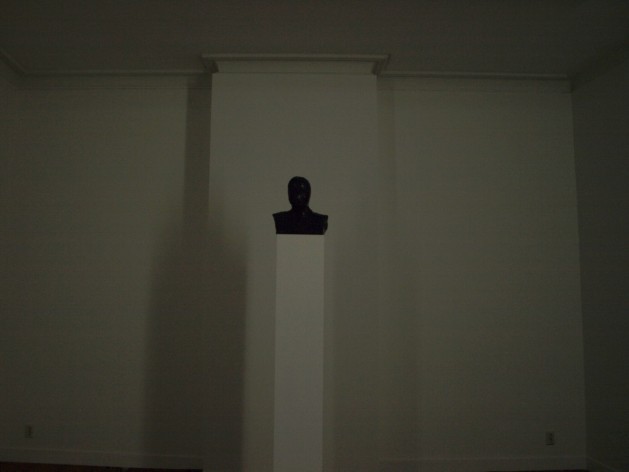 The installation Judge is exhibited in a darkened room. Its material structure is more or less

lost in the dark, but its influence can’t be missed in the room, reinforced as it is by the voice 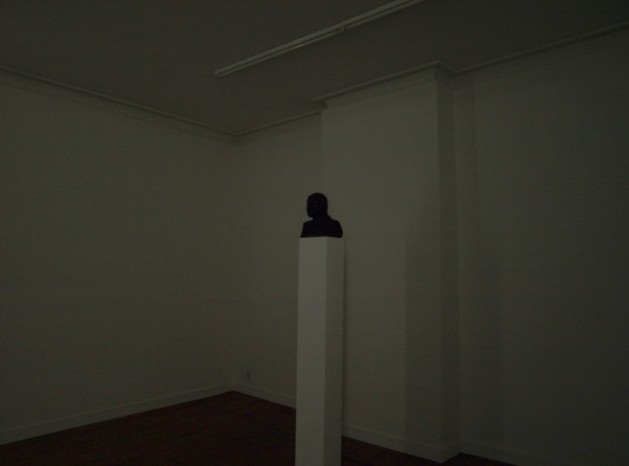 of a dead pilot represented by the trance medium Jack Sutton.

Smolenki’s three works all look dumb or voiceless and, logically thinking, they are. But 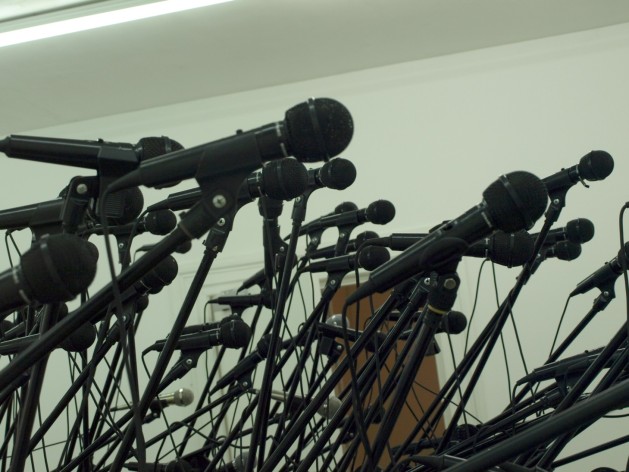 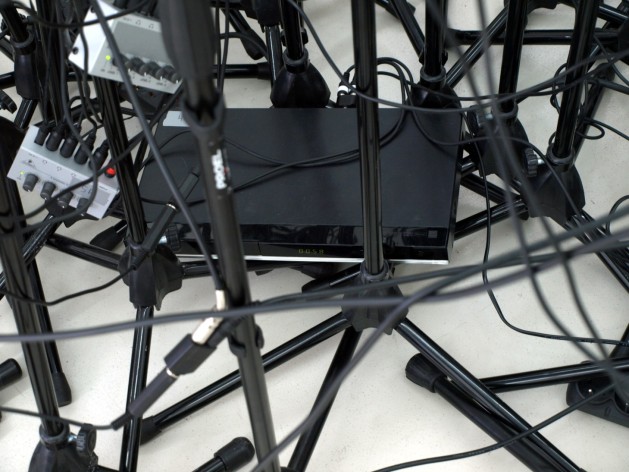 the skulls make some noise of their own, the Judge seems to get a voice from the tape by Sutton and

the work The End of Radio, consisting of microphones, also makes noise itself. The microphones 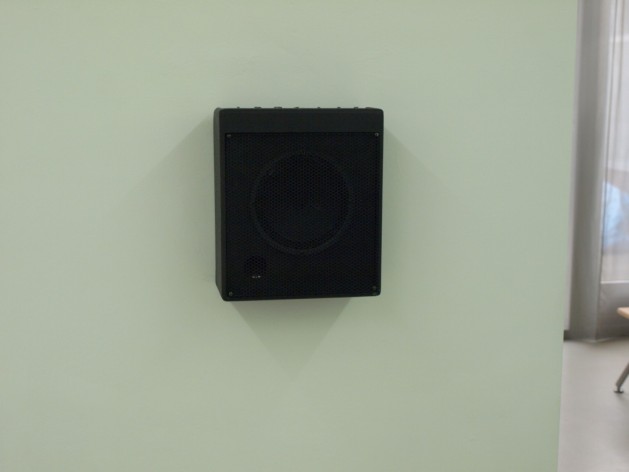 all reach out to one point, in this case to an audio-work by Gregory Whitehead.

In fact the combinations with the sound-works make new installations. That also makes the idea of a split quite redundant.