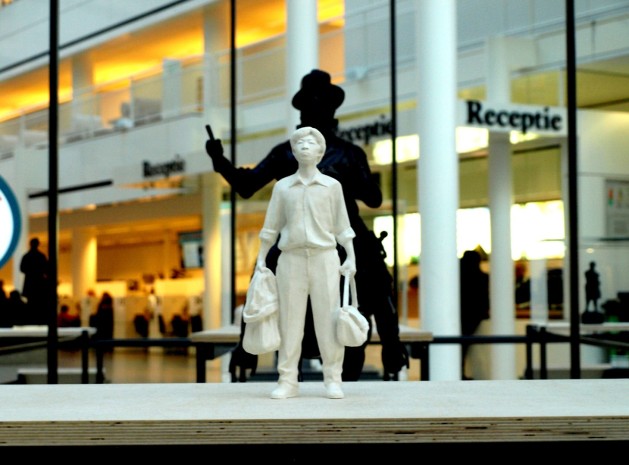 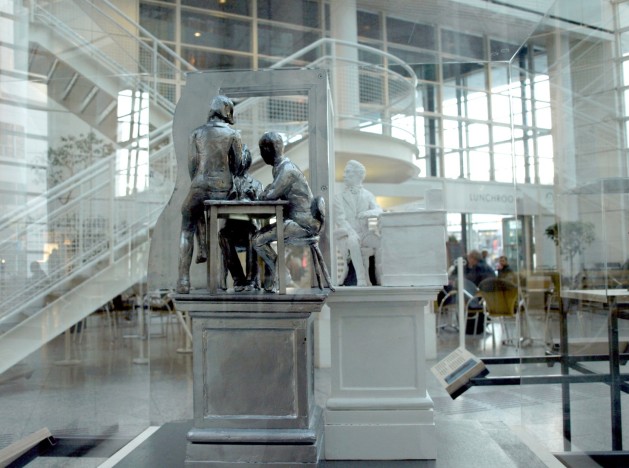 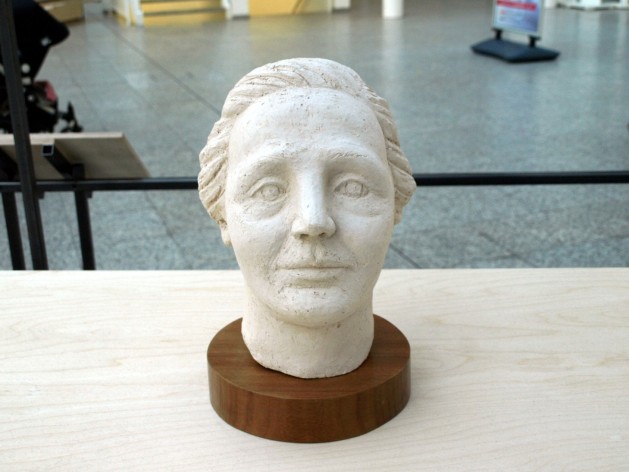 Stroom took the opportunity to pay attention to the function of monuments in The Hague, either to remember important figures in Dutch history – like this model of Mari Andriessen’s (1897-1979) statue of Johannes Voet, a 17th century lawyer – 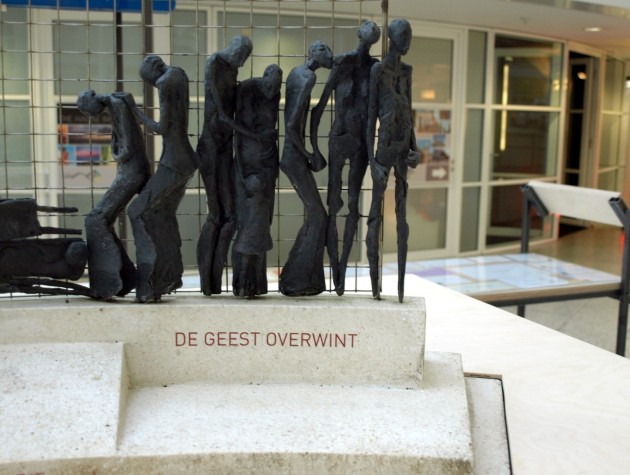 or to remember decisive moments in history – like this monument for the victims of the Japanese occupation of the former Dutch East Indies, by Jaroslawa Dankowa (1925-1999) –.

When it became known recently that 16 Jewish families were deported from Maastrichtsestraat (Maastricht street) in The Hague, during the German occupation, artist Jonas Staal came with an alternative name as a monument for the street: Deportatie van zestien Joodse families straat (Deportation of Sixteen Jewish Families Street). This new name is not officially in use, but some people living there do use the new name. 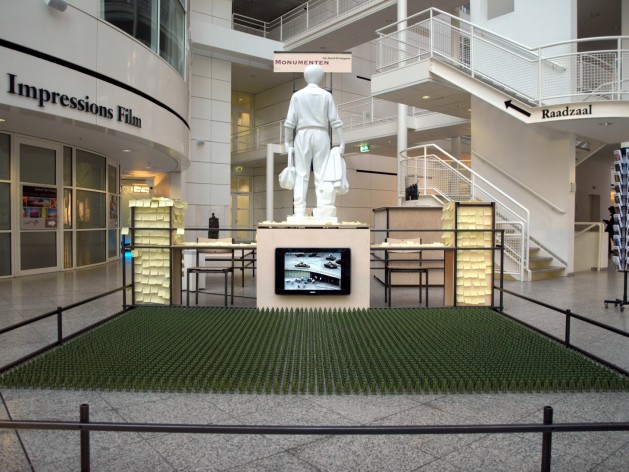 Most interesting is however Fernando Sánchez Castillo’s installation called Made in China, which represents the so called Tank Man, after the Chinese student who defied the Chinese army all on his own in 1989.

The marble statue as well as the plastic models (of which you can obtain one if you add your comments on democracy and human rights) are all made in China, and the Tank Man Prize, to be awarded annually, is also part of the concept. Personally i cherish my little stubborn Tank Man!