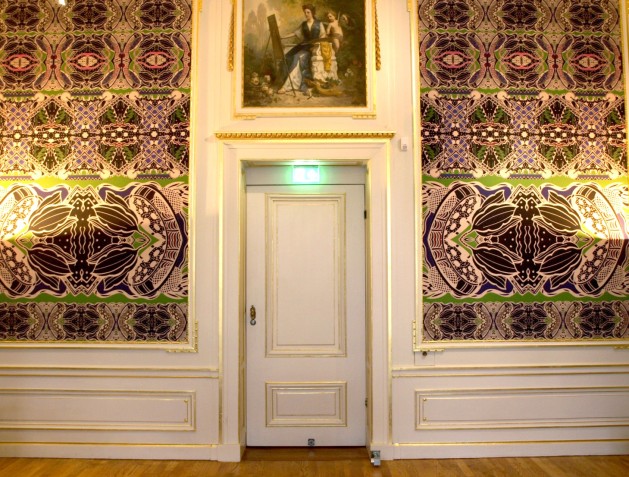 In the museum Escher in The Palace is presently a show with works by Christie van der Haak (1950) and Suzan Drummen (1963) in the palace’s ball room and so called green room.

Drummen has composed a work on the floor in the ball room with pieces of glass and other small shiny objects. 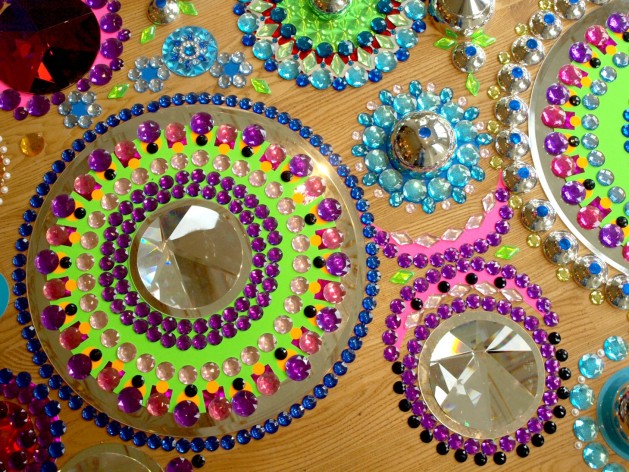 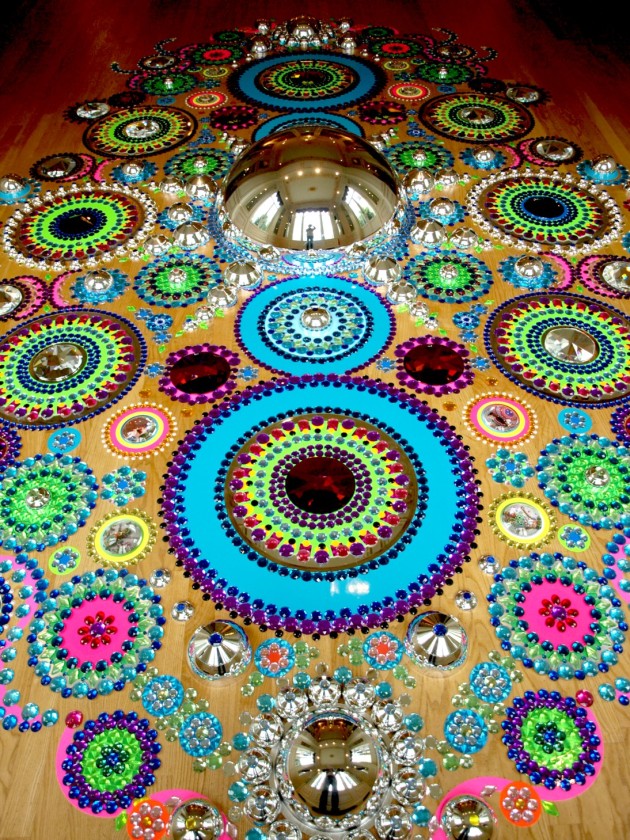 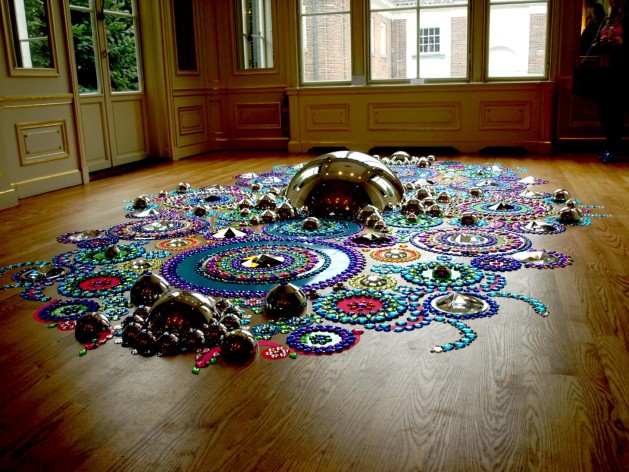 She usually improvises her works and in this case it has become a cosmos of wonder around a big reflecting half sphere. 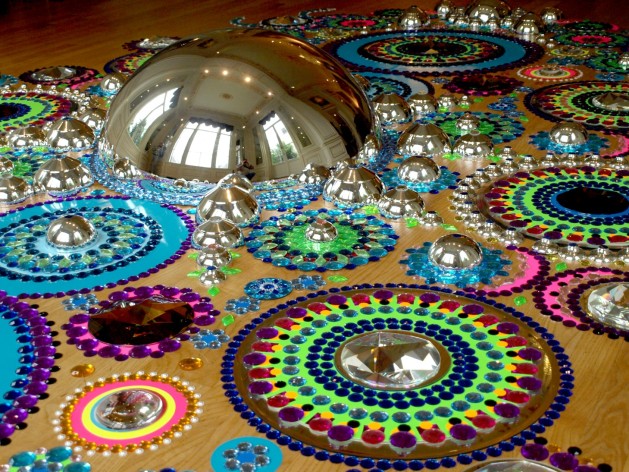 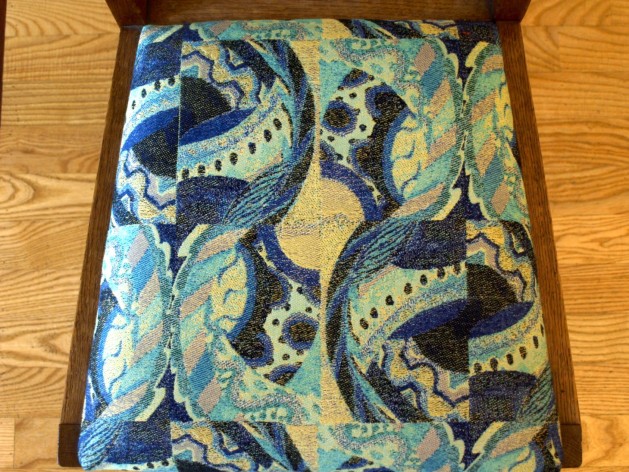 Van der Haak has given the ball room a radical restyling with her patterns which are, appropriately, colourful but also dignified.

Her patterns are on the walls, in the wonderful carpet, in the stylish chairs and even in a glass vase, one of her more recent projects. 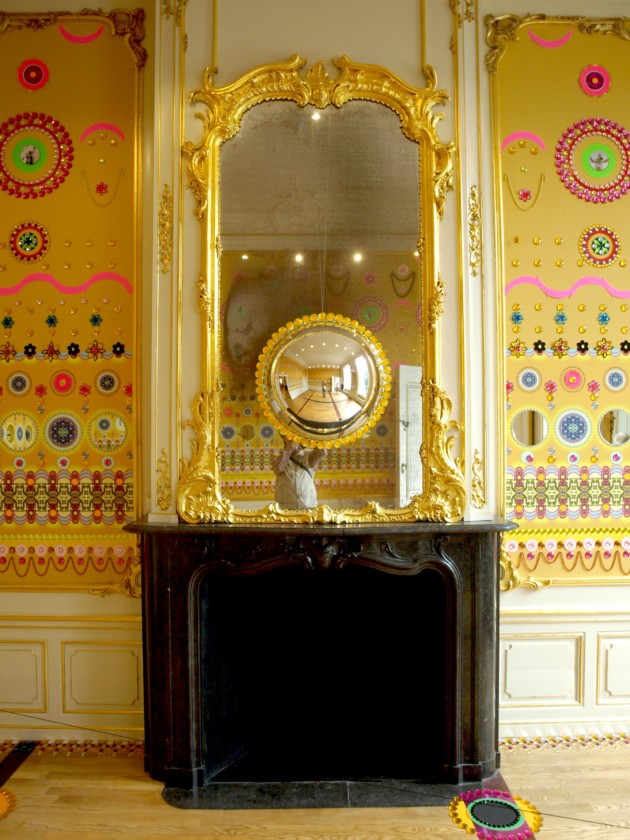 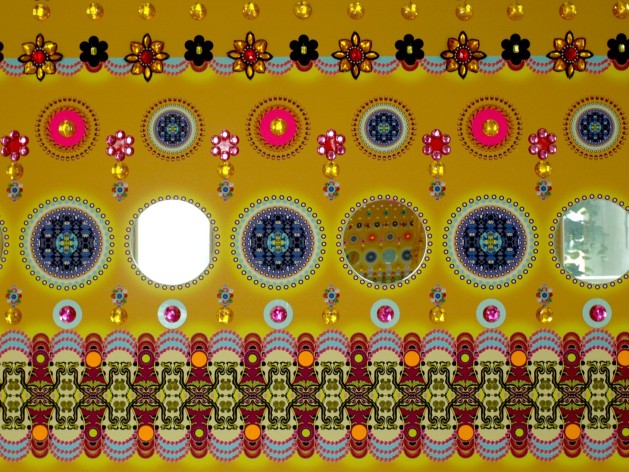 In the so called green room there is a close co-operation between the two artists and even – posthumously – with Donald Judd (1928-1994) who designed the palace’s floor patterns. 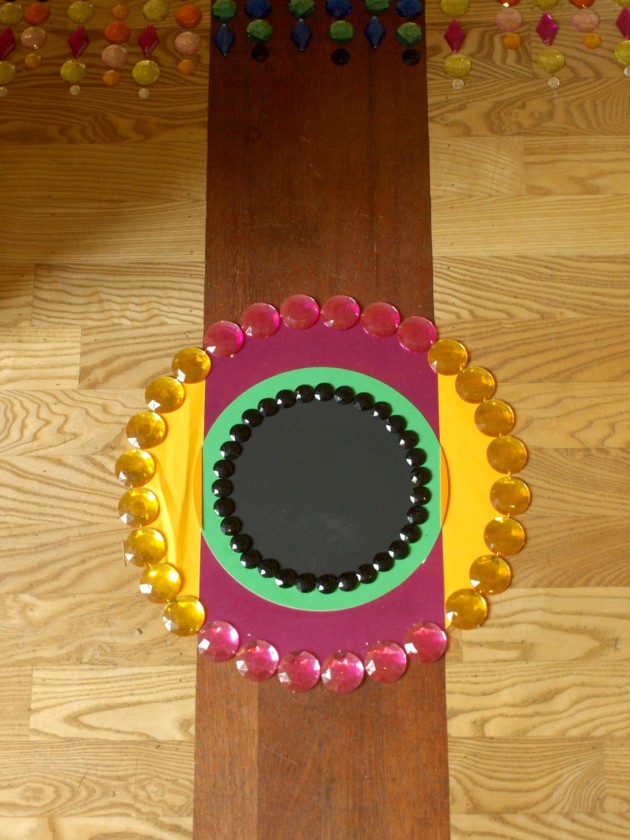 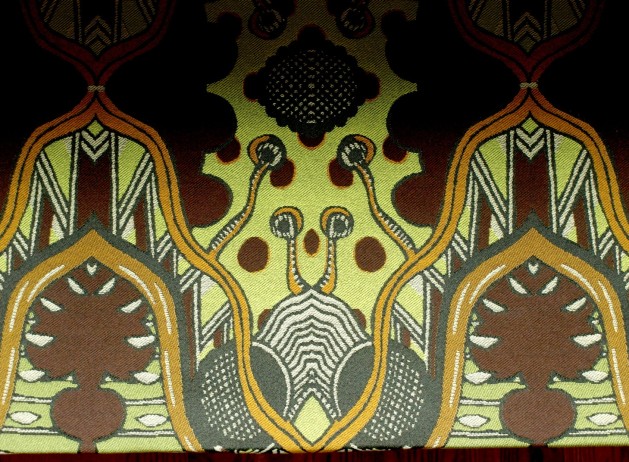 Seeing this wonderful show one inadvertently gets the idea that this palace is far more suitable for shows concerning style and its impact and peculiarities than for Escher’s work.

Content of all photographs courtesy to the artists and Escher in The Palce, Den Haag.