In Vonkel gallery Steef Crombach has her first solo show Bij wijze van ham (In a manner of ham).

In her work she engages both with the commonplace and the local and confronting the intimate with more monumental proportions as she is also doing in real life commuting between the Netherlands and Texas.

For this show her starting point is the traditional Dutch salad koude schotel (cold dish) basically containing cooked and chilled potatoes with mayonnaise and pickles mixed and garnished with different leftovers of cooked and/or raw food (like ham). 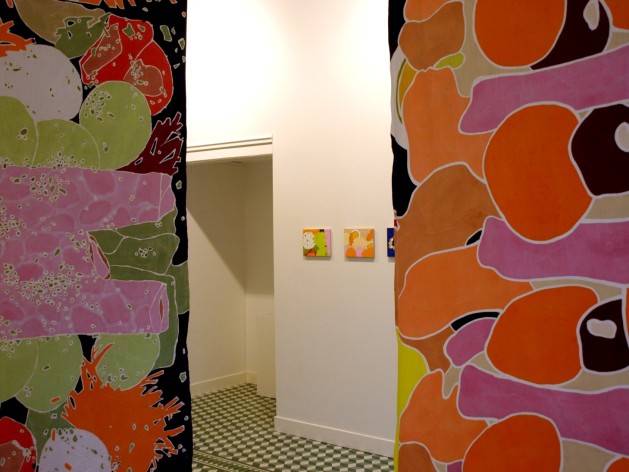 She shows koude schotel in small, colourful and almost abstract pictures as a common memory and in a more monumental way in batiks.

As the batiks have the same design on both sides they are strangely transparent and the soft colours are exceptionally bright.

They are shown against a backdrop of the colours of her working place in Texas. 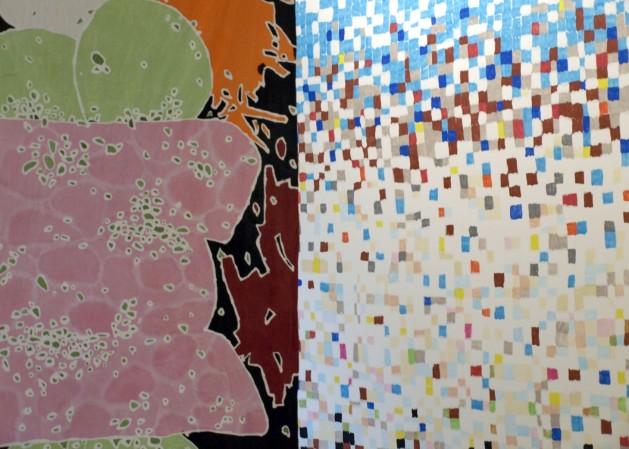 Basically the works may look decorative at first sight but have more stories in and around them.

In spite of (and because of)  the gallery being rather small with a high ceiling, the arrangement  of the intimate and the monumental works very well.

Content of pictures courtesy to Steef Crombach and Vonkel, The Hague