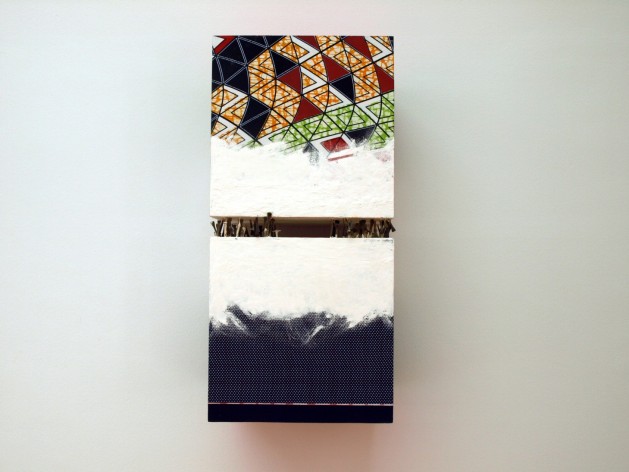 To write a review for Villa La Repubblica about Remy Jungerman’s show Crossing the Water, i visited the Gemeentemuseum yesterday and for an overview of the different works I refer you to the illustrations in that article. 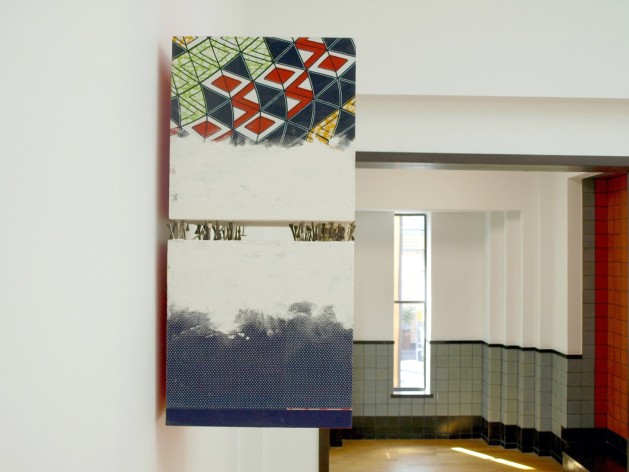 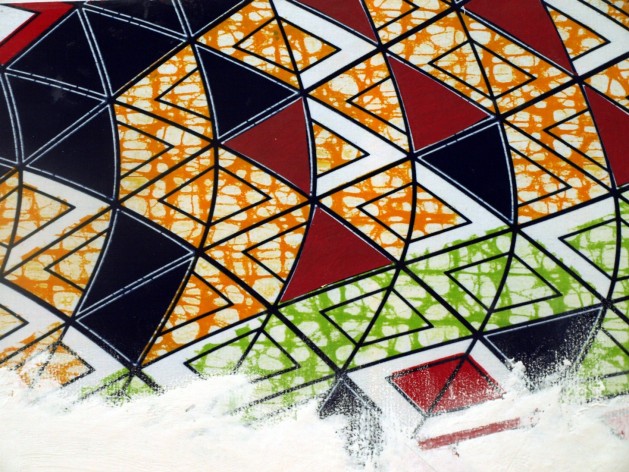 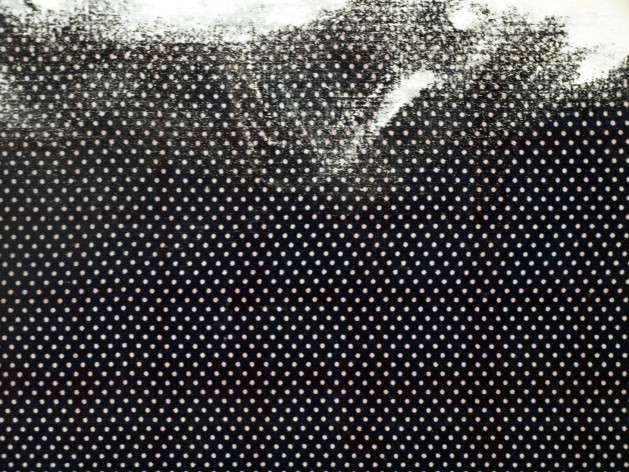 However the details of the works are quite interesting too.

Jungerman was born in Suriname and is living and working in Amsterdam. His works refer to his different cultural roots and their intermingled histories. 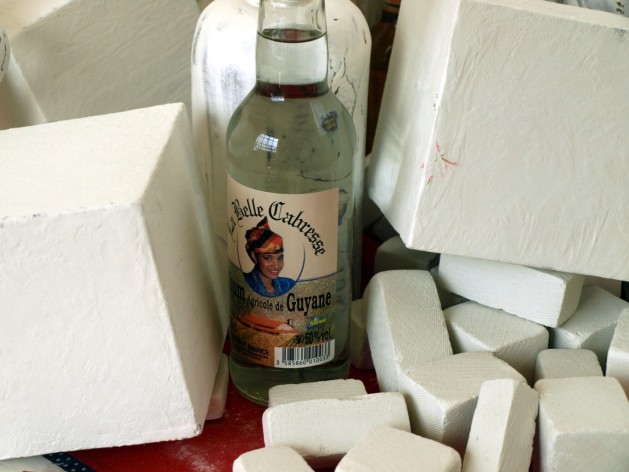 He applies for instance checkered textiles because they were worn by the Surinamese Maroons as shawls, but he also uses Vlisco-design which is produced in the Netherlands for the African market. 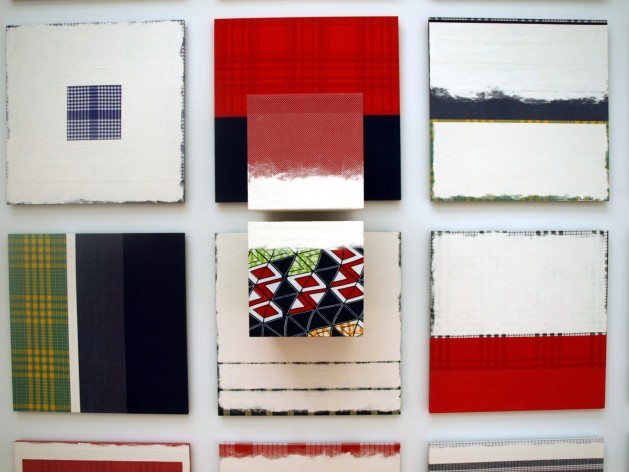 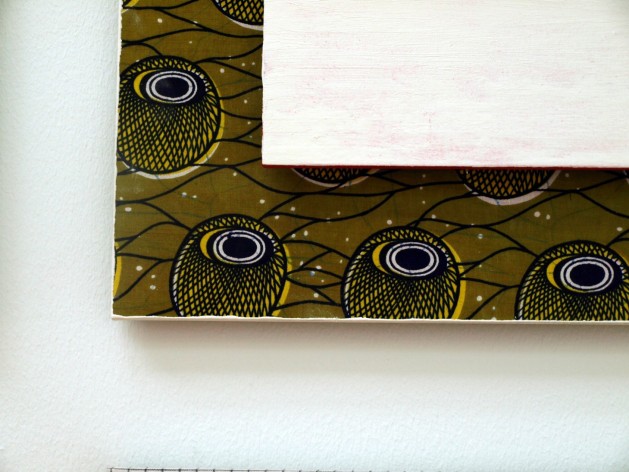 The white you see in the panels is kaolin, and further on you may also discover nails, like in Congolese Nkisi dolls, bottles of different alcoholic drinks, like Dutch gin, and small objects, partly coming from Winti, a Surinamese religion which has its roots to an extent in South America and Europe, but mainly in Africa, which makes it a particularly trans-Atlantic religion.

Another feature is that Jungerman has embedded his works in a kind of modernist, geometric abstract language. 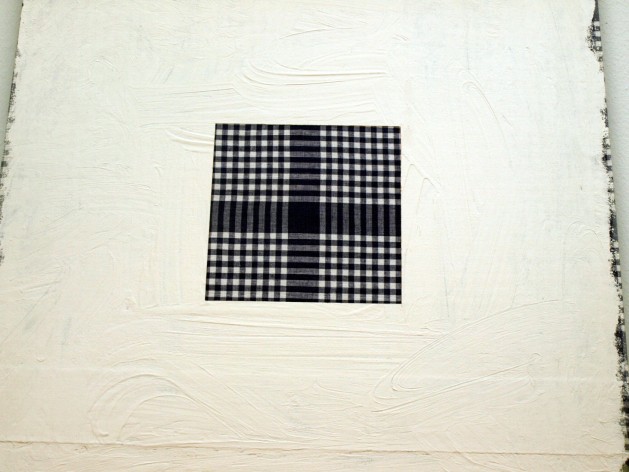 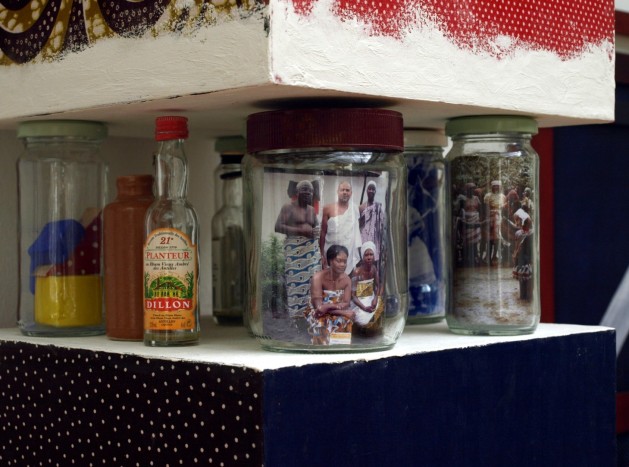 The different works act together very well as one big installation. 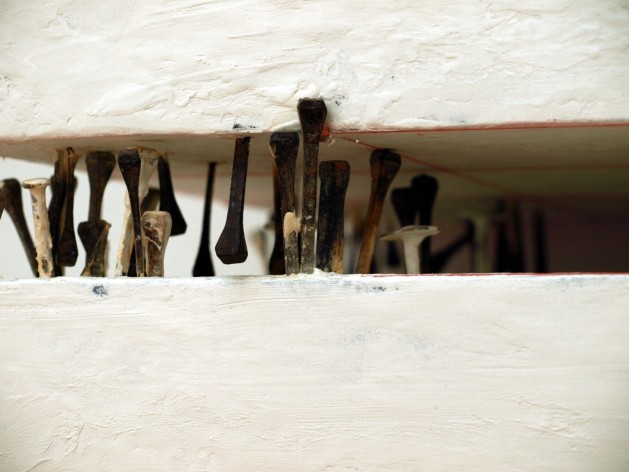 Their different spiritualities add to each other’s presence. It is a spiritual and enjoyable presentation. 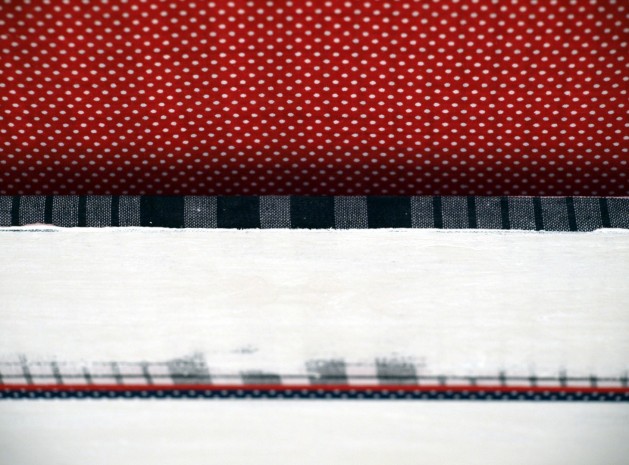